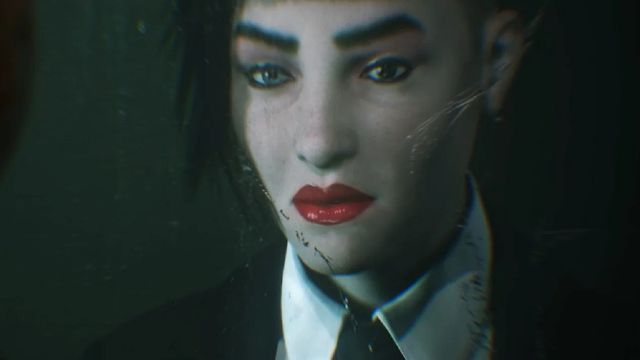 Vampire: The Masquerade: Leysha, one of the three playable protagonists, is the character featured in the new video, which shows more news about the game. She’s done begging, but Vampire: The Masquerade – Swansong is back. During the PC Gaming Show, the event dedicated to this platform within E3 2021, Nacon and the Big Bad Wolf studio have presented a new trailer for the video game, a narrative RPG based on the well-known saga of role-playing games. The video shows Leysha, a tormented young woman who will also be a playable character during the adventure.

In a press release, the study has detailed this protagonist, a Malkavian, founding clan of the Camarilla. Leysha looks like a woman in her 30s, with a pale face and different-sized pupils. At the bottom of that lost gaze is a pain beyond what is bearable, something that causes a mental instability common to all Malkavians, since after the Embrace, the bite of a vampire to a human, the creature is condemned to stay in the shadows permanently.

Is it all a nightmare?

As you can see in the trailer on these lines, our protagonist appears playing with her daughter Halsey, but that ideal image quickly fades and turns into a nightmare. Is it real or has she dreamed it? Next, we discover one of Leysha’s powers, Obfuscate, which she uses to make herself disappear. It is a vampiric power, gift (or curse) received by those who were bitten and transformed for all eternity.

Vampire: The Masquerade – Swansong is a storytelling and role-playing title, so that players can resolve conflicts and gain experience points in order to level up and clear the skill tree, which has different vampiric powers. In total we will have the opportunity to handle three different vampires, each of them with her unique powers. It is, in short, a story that unfolds through three varied views, although the objective will be the same: to protect the clan.

The game will be available soon exclusively on the Epic Games Store.