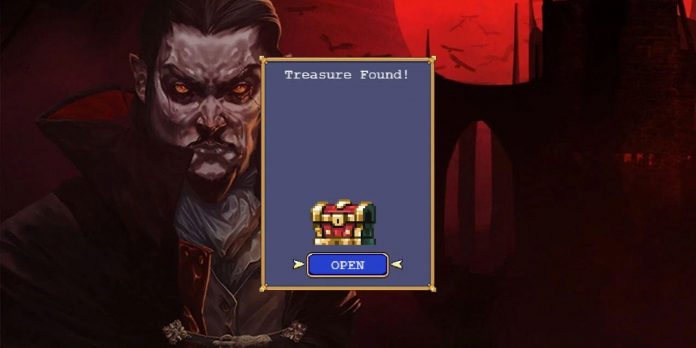 Some characters in Vampire Survivors are good gold miners for players who want to get rich. Gold is used to buy power-ups that improve character attributes such as strength, armor, recovery, or speed. These bonuses make it easier for players to complete levels and progress, so collecting gold to buy them is an important part of learning Vampire Survivors.
In Vampire Survivors, there are several ways to farm gold, for example, use bonuses or grind at certain levels. The gain that is most useful for finding and collecting more gold is Greed. Greed gives players 10% more gold per level, up to a maximum of 50%. Greed is relatively inexpensive compared to other bonuses and helps players get more gold in return, so it’s a good choice at the beginning of the game. After Greed, players must get a Magnet and Movement Speed; The magnet will attract gold from long distances, and the speed of movement allows players to collect gold while avoiding hordes of enemies. Finally, players need to increase their luck in Vampire Survivors to get more gold and treasure chests.
Related: How to Get a Stone Mask in Vampire Survivors
Three characters would be the best choice for players looking to create a farm with gold: Exdash Exiviiq, Imelda and Mortaccio. These three characters have attributes that make it easier to farm gold in Vampire Survivors because they have strong luck, magnet, and damage.
The best characters to collect gold and farm gold in Vampire Survivors
For each of the characters that are good builds for gold mining in Vampire Survivors, players must grind on the Il Molise map. This map is unlocked when players unlock the hyper mode for any normal level, such as the Inlaid Library, another suitable place to mine gold. To unlock the hyper mode, defeat the boss who will appear at the 25th minute. As soon as players switch to hyper mode, they will see an increase in movement speed, an increase in the amount of gold and luck. Below are the three best characters for gold builds:
Exdash Exiviiq: This secret character from Vampire Survivors has high luck, so players will find gold more often when playing for Exdash. Spend gold on Luck to further improve the Exadsh, and as a result, the Exadsh will have +240% Luck when opening chests; this way players will farm a ton of gold. Using Imelda: Unlike Exdash, Imelda is not a secret character and it is cheaper to buy her. She has an XP bonus, so she can level up relatively quickly. Her best build is to use Spinach, Duplicator, Candle, Sphere, Enchantress and Crown as items. Use a rod, a ring, holy water, an axe, a fire rod and a Bible as weapons. With her maximum XP bonus, players will find a lot of gold in each run. In addition, players can unlock it using the famous old Konami code. Mortaccio gets +1 Amount every 20 levels up to level 60. His best build is using a Magic Wand, an Axe, a Cross, a Fire Wand, a Bone, a Runic Trace, a Sacred Wand, a Death Spiral, a Heavenly Sword and Hellfire. Although it takes time for Mortaccio to level up to become useful, he eventually becomes an incredibly strong character, like Magicarp, developing into Gyarados, although in the beginning he is not as useless as Magicarp.