Home Entertainment Vampire Survivors Codes and How to use them 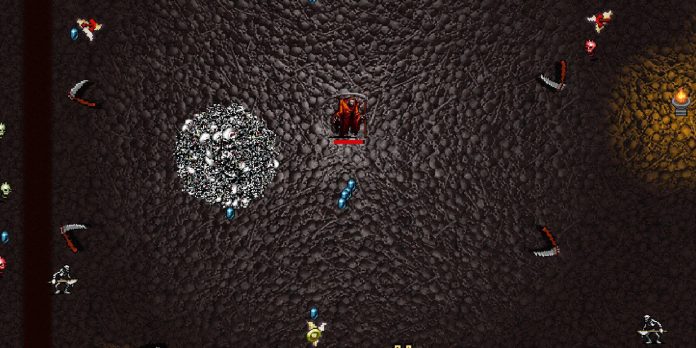 Vampire Survivors’ patch 0.10.0 was released on August 4, 2022, and it added something very special to the game. Specifically, the update introduced a cheat menu into Vampire Survivors, which can be used to quickly unlock characters, stages, and more. This guide is here to provide details on exactly how to access this cheat menu, and it also contains a list of codes that players can enter into it.

The first step toward unlocking the cheat menu is to gain access to the Bone Zone Challenge Stage. This is done by unlocking Hyper Mode for three other stages, and that typically requires players to defeat the boss that appears on the stage at the 25-minute mark. Fans that are interested in using cheats should also put some effort to procuring Vampire Survivors’ Milky Way Map from the Dairy Plant, as it makes things significantly easier.

With the Bone Zone unlocked and the Milky Way Map in hand, players should load into the stage and navigate to the question mark that appears on the map. This question mark denotes the position of an orb of skulls, and fans will receive the Forbidden Scrolls of Morbane and unlock the cheat menu when the enemy is dispatched. Notably, the orb of skulls gets increasingly-difficult to bring down as time goes on, and it is thus recommended that players use their best Vampire Survivors character and head straight to the foe.

After obtaining the Forbidden Scrolls of Morbane from Vampire Survivors’ Bone Zone Challenge Stage, players should navigate to the main menu and click on “Secrets” at the bottom of the screen. Fans can then simply click on the rectangle below “Cast Spell” and input the following cheat codes to unlock the things that they are interested in obtaining.

Note: Players will unlock the unique starting weapons of characters that have them, such as Vampire Survivors’ O’Sole and Yatta, upon entering their codes.

To note, there are several cheat codes that can be used outside the secret menu. For the sake of completeness, here is a list of those codes and their associated effects:

Unlock Mortaccio: Input up, up, down, down, left, right, left, right, Esc, Enter on the main menu. Unlock Exdash Exiviiq: Input “x-x1viiq” on the main menu. Unlock Toastie: After unlocking Exdash in Vampire Survivors, defeat a Drowner, Stalker, or Trickster and press down and enter when a red ghost appears in the bottom-right corner of the screen. Unlock Smith IV: After unlocking Toastie in Vampire Survivors, input “spam” on the main menu, “spam” on character select, “spam” on stage select, and “humbug” after loading into a stage. Unlock Game Killer, Mad Groove, Out of Bounds, Disco of Gold, and Silent Old Sanctuary Arcana: Input “aintnobodygottimeforthat” on the main menu. Heal O’Sole Once: Input “pet” during a run.