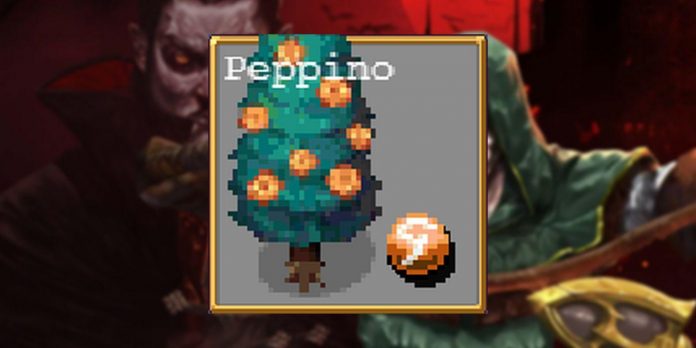 In the latest update of the indie roguelike Vampire Survivors, a strange new character has appeared who can’t move. Introduced in patch 0.7.3, this new character named Peppino looks like a stationary and ordinary tree. However, they also differ from the current game list in several interesting ways, referring to the Vampire Survivors community itself.

Vampire Survivors, developed by Poncle, is a great indie roguelike game in which players must survive as long as possible while fighting hordes of undead. Despite the fact that Vampire Survivors is currently in early access, it has an active community of players. The game also has an expanding list of characters that can be unlocked with in-game currency, and the latest addition is Peppino.

Unlike other characters in Vampire Survivors, the persistent tree has one glaring flaw: it can’t move. While this may initially make the character less viable, the way it was designed makes it an interesting and unique choice. In addition to the lack of mobility, the tree has additional health and armor, as well as an increasing bonus to the passive area, which increases with a smaller step than many other unlockable characters in Vampire Survivors. Peppino’s games always start with the Soul Eater item, which is an improved version of Garlic after the player has acquired Pummarola. This gives the character a huge bonus to area damage, and in tandem with other items can be devastating. By comparison, other characters must acquire two mandatory items during the game to use this item.

Why is Peppino from Vampire Survivors so smart

Excellent games in the roguelike genre rely on the variability and freedom of action of the player when choosing. Peppino’s genius lies not only in the melons hanging from his uniform, but also in the character of the character himself. What distinguishes Peppino from other characters in the first place is that he is so dramatically different from the playing styles of all other characters. For example, Po is the most direct ancestor of Peppino in terms of game design; he is a frail old man with the same starting weapon in Vampire Survivors as Peppino, only before evolution. He can move and has low life points, so the player must kite and weave mobs around their area of action. The mechanical upheaval when players switch to Peppino becomes apparent. While the player can embed wings and be able to move, the character focuses on supporting objects with a wide area of action and holding stationary.

To unlock this melon-laden motionless marauder in Vampire Survivors, players must first complete a stage in normal mode to unlock the Il Molise bonus stage. While most avid players had access to the stage after the release of Peppino due to the higher requirements for other maps, newcomers will gain access to this map naturally as they progress through the stages and discover new settings. For example, to unlock the Bone Zone challenge map in Vampire Survivors, you need to go through three stages. After the stage is unlocked, players can use the “Sky Dust” item to heal the forest until a beep sounds, meaning that Peppino is unlocked. If the players already have a few hours in the game, there is basically a time-limited character that makes unlocking Peppino very easy. After the player kills 3000 dragon shrimp, a cute little dog named O’ Sole Mio will be available for purchase in the main menu store. Since the character starts the game with Sky Dust, players don’t have to rely on luck as they work on healing the forest.

While this unassuming tree may be a poor choice for those unfamiliar with the game, Peppino also works as a great answer to the game’s community. Players tried to defeat Vampire Survivors by remaining completely motionless with other characters, and Peppino jokingly pays homage to these builds. It’s nice to see such community-generated content, and it should help the Poncle game become more popular as it comes out of the early access period later this year.