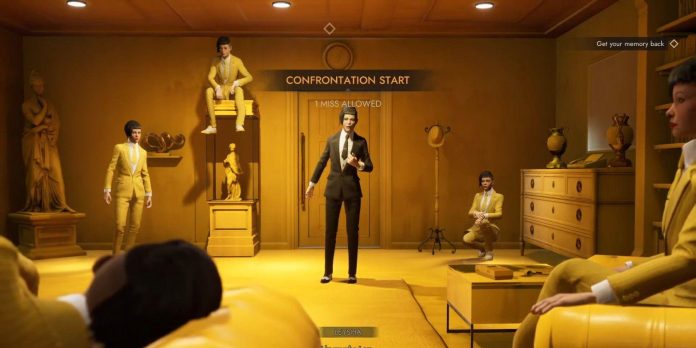 Vampire: The Masquerade – Swansong presents the player with many puzzles to solve and secrets to uncover. One of the most striking of them is the case of Leisha’s missing memories. Uncovering these memories requires Leisha to complete a number of additional tasks during her visit to the Red Salon, and this guide will explain them.

Vampire: The Masquerade — Swansong is a story—driven role-playing game developed by Big Bad Wolf and published by Nacon. The game takes place in the World of Darkness, in the city of Boston, and the game throws players into the intrigues and plans of the vampire court immediately after the disaster.

In Search of a Red Salon

Leisha’s journey to restore her memories requires her to discover a couple of important documents and notes in the Red Salon. The first of these documents can be found in one of Richard’s basement offices. In an office with a grandfather clock, Leisha has to open the clock and use the blackout to discover the hidden key. This allows you to open a locked drawer on the table next to the file of “Patient 0”, a girl named “Juliet”.

Having found this, the next clue Leisha needs can be found in the secret room behind Richard’s office. To access it, Leisha will need to solve two puzzles. First, she has to move the books on Richard’s bookshelf in a certain order. Richard left a note in another room discussing his opinion on the order of reading Freud’s books, so press book 5, then book 3 and finally book 4 to open the secret door.

The second puzzle is a complex music box with small statues of swans in front of it. These swan statues can be rotated. Look at the paintings on the wall of Richard’s room (the document in the other room says that Oedipus points the way) and note where the hand points in each painting.

In the lab behind the door, Leisha can find a file of “Patient 1” named “Marie”. This is another important file that Leisha will need to restore her memories. With both files in hand, Leisha has all the information she needs for the upcoming confrontation.

After finishing the research of the laboratory and chasing after Halsey, Leisha sees how she was shot and stabbed by a SI soldier. Before she can do anything, Leisha is drawn into a confrontation with herself, manifesting as a series of hallucinations, prompting her to seek the truth. At first, the Hallucination asks her a simple question: “Who are you looking for?”

There is only one good answer to this question right now. Answer “I do not know…” and the other Leisha will agree, which will lead to further confrontation.

The next question is somewhat more complicated: “What is your name?” Despite the apparent simplicity of this question, the files found earlier paint a different picture. The correct answer here is: “Maybe my name is Marie?” After that, the other Leisha will almost immediately ask, “Who is Richard?”

It’s pretty simple. If we are Marie, then patient 0 must be Halsey, and therefore Richard is Ser Halsey. This revelation pushes Leisha to the last question: “Who is Halsey?” The answer, as indicated in the patient 0 file, is “Juliet”. At the same time, Marie’s memories are restored, and the truth is revealed.

The cult of the lamb: tips and tricks for beginners

DiRT 5 Increases Its Number of Players on Xbox Game Pass:...