Home Sport Valverde: “I want the Classic at the Camp Nou” 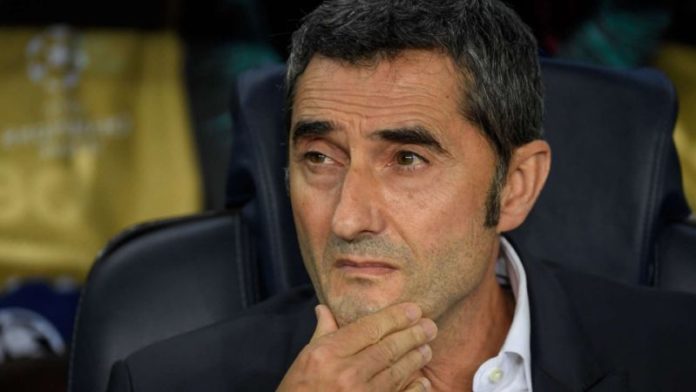 Ernesto Valverde appeared at a press conference before visiting Eibar, a match to which the team will travel one day in advance to avoid possible delays in anticipation of the general strike called in Catalonia next Friday.

Classic date. “There are many comments around this match, it is true that there was the approach to change the order and we did not finish seeing it, we already traveled earlier on this day, then we go to Prague and return on Wednesday, but not only because of that, there is that respect our fans and it is normal to play in our field but things are getting ahead, there are days left and this week is being strange in Barcelona but we are confident in playing in our stadium. ”

The 1-O was played. “There are nine days left and we are talking too much about the game with so much margin and it is true that on October 1 we played in our stadium and then we did it in the Wanda, everyone planned a dramatic game and people were together and expressing themselves without any problem, we expect the same thing to happen here, I think there is scope, if the game were tomorrow or the day after, well, but there are nine days left. ”

Suspend the Classic? “I see it as an opportunity for many people here, our fans and agents of society, teach that these images will not be transferred to the party, that we respect the opponent and the rival, that within a civic norms can work and is a important match in which you can eliminate all these bulldozers, both fans will want to win in a natural way. ”

Convince Rubiales. “I would say that I was scheduled to play there and I have no doubt that our audience will respond well and will be played without any problems, respecting everyone, but I do not know the decision that the RFEF will make, they will make the decision and we will do what it touches.”

Adulterate the competition. “I don’t know, let’s wait to see what happens, last year we were talking. I don’t know how long a hypothetical game in Miami and in the end we never play, one day it will be played, I say.”

Who benefits? “I do not know, we will wait to see, we will come to play on a Wednesday and they on Tuesday, if the two of us played important games it might seem that we benefitted but one day or so it does not matter, they are such strong and expected matches. the players who are all predisposed, despite these three days I want to play in our field. ”

Travel plan upset? “We have made this decision because tomorrow we can expect that there are roads occupied by people, there are scheduled marches and we may not even be able to travel by road, we play on Saturday at one and we thought this was the best.”

How do you see the incidents. “It does not correspond to what we know of Catalonia, these disturbances are out of the ordinary, but we all recognize ourselves in the fact that we want freedom of expression and everyone has their own ideas and politicians have to do their job.”

Sentence of the prisoners. “The club made a statement in which we are all represented and I am here to be the coach of Barcelona, ​​but nobody would ask me anything, I answer to my club and I adhere to its version.”

Catalunya, like Euskadi? “I do not want to delve into that because it is not an interview, it is a press conference for a Barcelona game and I represent many people, one thing happened in a moment and now something else is happening, I think that from politics you should look for points of understanding but obviously there are things that are not pleasant to see, hopefully it is something timely and we all take a step forward. ”

Factors “The one that worries me the most is Eibar, playing at one not so much, in Getafe we ​​also play at four and win, it’s no excuse; the theme of the trip will allow us to spend more time together and next week we will go to Prague , the match is important because we are not ahead in the standings and we need to recover points. ”

Messi “He is in the process, he played ninety minutes and scored and that always reassures the strikers but he is a player who has to go slowly and looking for his best moment, we hope that with what comes next he can contribute more things.”

Umtiti. “He has been training normally since the beginning of the week, yesterday was the second day in a row that he did all the training and we believe he is about to be discharged, we will see after the training.”