Home Sport Valverde: “Rakitic? I put those who are better” 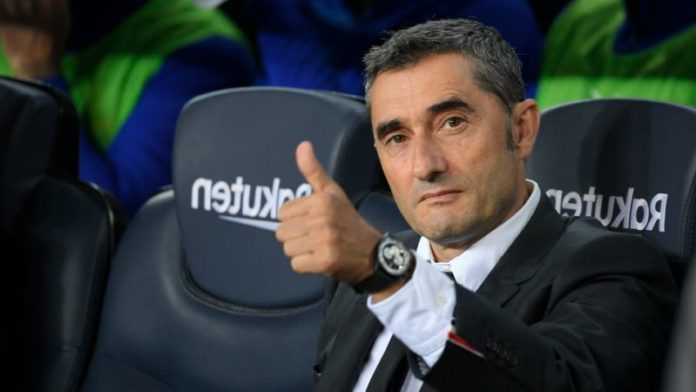 Ernesto Valverde appeared at a press conference before visiting Leganés, a game that last season cost the first league defeat. On this occasion the Barcelona coach drags problems on both sides due to the injuries of Jordi Alba and Nelson Semedo, as well as the penalty for Sergi Roberto.

Wague. “He can play or we can change the scheme, he can act in any situation, he is ready to play and he already did it last year, if he is with us it is because we see him abilities to face challenges like tomorrow.”

Defensive line. “We have players left over for any emergency, they are emerging based on overloads, injuries and fitness, Araujo has debuted and Morer trains with us.”

Rakitic “The private conversations are handled inside, it is true that the team is changing some things, in some positions in a more pronounced way, but I do not consider anything in the winter market because we are not in it, I focus on what we have and put to those who are better. ”

Pique. “If he arrives in conditions we will see him on the list, if he is or not, I have talked with him about this matter and I see him focused, he has issues outside of football, it is curious because the players are accused of doing nothing more than football and then they are reproached if they do it, if it is well they will play. ”

I am in the Magic Box? “If he travels, we’ll see if he has permission, leave him alone that we have a very important game.”

Griezmann “Why do so many questions start with ‘you care’? I look at my team, I see my players with their selections, and I see him well, he has a lot of eyes on everything he does, cleans the game and gives us continuity , if you perform with your selection, even better. ”

Griezmann adaptation. “It is in November, like everyone else, it can be more or less successful and is valued based on that, I look good and hope it is better.”

I trembled. “It is essential that you have continuity in training, these stops that have been having since the first injury have been counterproductive in everything, has suffered muscle episodes that have prevented him from performing as we would have liked, now we are on top of him to see if he acquires regularity in the game and, above all, without injuries. ”

FIFA virus. “In principle they are all good, they have been long trips but not so much, they have arrived with margin, in addition”.

Riqui Puig. “One can have an idea because sometimes you don’t know how to get it right, it is a decision that corresponds to the player and the club, we contemplate that it is close to the first team even though we have many players in their position, I know that many times there are players reluctant to leave because you can cut the possibility of being close to the first team but, at least in the Athletic Club, many players came out and we re-fished them, there is the case of Cucurella, which today is a different player than it was a year ago and medium, the player and the club have to decide based on the needs of the first team without losing sight of the winter market. ”

Calendar. “It is a very important week for us, we are at a time when there are very strong matches from Christmas to Christmas and what happens next depends on what happens this month, starting the week well can mark us for the next matches.”

Javier Aguirre. “He is a great motivator in his facet as a coach, his results are there over time, he is frank and direct with the player, he hooks him and that shows, when a team goes last in the mood the teams are more touched but I think it will hook the team well. ”

Changes in the Leganes. “I don’t know the changes Javier can make but I guess he will adapt to what he has, the team is designed to play in a certain way and has already done something similar to what Pellegrino did, I guess tomorrow too but we’ll see, he has a great level of motivation with which he will try to boost the team and we have the bad experience of last season, as is the classification we need victory. ”