Home Sport Valverde: “One of my happiest days” 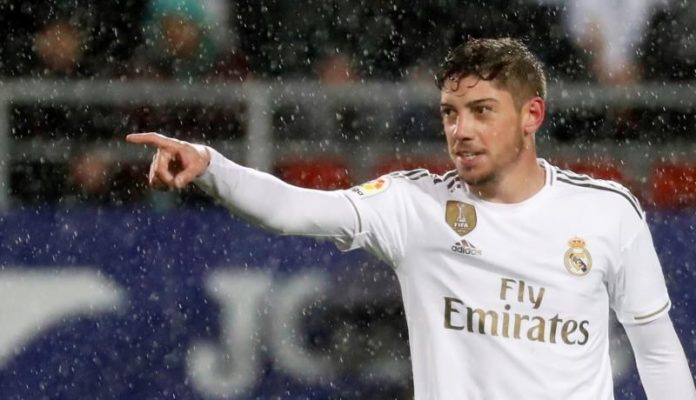 Fede Valverde, who scored in Ipurua his first goal in the league with Real Madrid in the victory over Eibar (0-4), admitted that this Saturday could be considered one of his happiest days.

“It was a goal that I was looking for in the last matches because I am waiting for something special. Luka (Modric) has given me tremendous assistance, but the important thing is that we win and we go to the break of very happy selections,” he said to Real Madrid TV the charrua, who remembered the people next to him and those who fight alongside him.

“My family, my girlfriend, they are the ones in the good and the bad. The goal was mainly for them. Modric told me something funny, but I can’t say it here. He has joked and told me he finally came in. I thank him for the pass and I thank the team for the confidence and security they give me, ”said Valverde.

Valverde considered that the fact of not having conceded any goal in the last five games is the product of “an effort of all, a sacrifice of all and we must congratulate Thibaut (Courtois), which is the one that is stopping.” “We always try to run an extra ball to help and not score a goal,” he said.

The Belgian goal Thibaut Courtois, who considered that “Madrid always has to be up there” and “we must continue along this line and go up,” said his compatriot Eden Hazard had “made a great game” and that Valverde ” is a great player”.

“Surely he can be here for 15 years. He contributes a lot to the team in attack and defense, fights a lot and has a great shot. Today he has scored his first goal, but in training he is the one who best hits the ball. I hope he can get more goals from the second line because that will come in handy, ”he said.

The NFL world reacts to the terrible situation with Brian Robinson