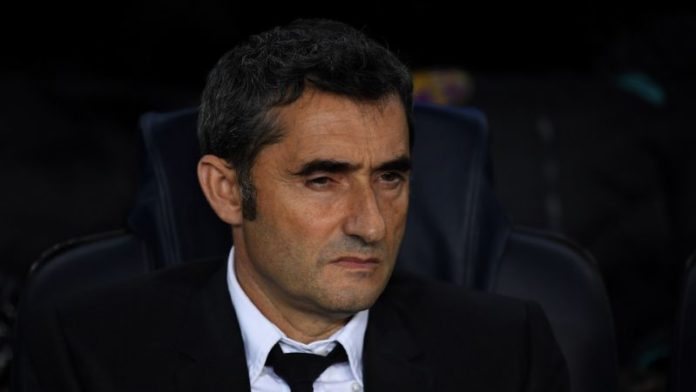 Ernesto Valverde appeared in a press conference after the victory in extremis of Barcelona at home of Atlético with the first goal of Leo Messi in the Wanda Metropolitano.

Inflection point. “It is one of the most difficult stadiums, here you play the championship and it is a marked game, we maintain the leadership but in the mood it is important to face the games that remain before Christmas, it has been hard because they have started well, it cost us and They created situations because of some robberies, that moved us a bit, but as time went by we took over the game and had our options to get closer to their area, then Leo came and made that extraordinary play to win. ”

Changes in the average. “Frenkie played in that position against Borussia and so we had two strong players inside defensively, then we changed and Arthur was more loose, we were able to get the ball with more comfort from behind.”

Flavor. “The triumph is very important, the match was matched at the last minutes, we could score but they also counterattacked with danger, it was all uncertain and anything could happen for the potential of both, Leo scored and it was best to overcome the initial phase in which we were not well, we grew little by little and we finished well. ”

Pique. “I don’t know how he is, it was a strong blow, he had a yellow one and he was reluctant, I thought about changing him and I think it won’t be anything, I hope so.”

Griezmann “I saw him well in the game in a complicated game for him emotionally, he has been bitten but he has struggled and worked, had a very clear chance in which he could perhaps control.”

Messi “It is infallible, not only for goals but also for passes.”

Leadership. “The League is in the early stage and there is much to be decided.”

Start. “It has been complicated, we have created a couple of clear occasions but then we had Piqué’s and in the second half we had control and with a slower game we generated more chances.”

Leadership. “We knew they were going to squeeze but we wanted to make long possessions and get pulled back.”

Suffering. “Things are always learned in games, we have suffered a little but here are the Leagues, today we have scored three points.”

See Also
Valverde: "The Golden Ball? You give it to Messi and you solve everything"

Leadership. “There is a lot left, not only Real Madrid, Sevilla is also very strong, we can’t stop, we have to keep going.”

For his part, Ivan Rakitic attended the media in the mixed zone.

Performance. “I try to always do my best, I found myself very well and I am happy for the victory.”

Midfielder “First of all I want to help the team, that role is nothing new, I want to be there, feel the confidence of my teammates and the coaching staff.”

Future. “I like football, I want to enjoy, be in the field and help, if it can’t be one it feels bad, I want to turn around the situation, I have enjoyed training again, being with my teammates and then I don’t know what will happen but there is no better place than Barcelona, ​​I will do my best and if it can be here, the better. ”

Screams to Griezmann. “He is an impressive guy, we are very happy to have him in the locker room, I always say that you have to respect the opinion but listen to something like that is very strong, I hope that next year he has forgotten when we return.”

Inflection point. “We knew it would be complicated, we met Atlético at home and we had a streak of not very complete matches outside, we gained confidence and we saw that we could dominate, Leo’s goal was not by chance.”

Claim. “We want to improve and take a step forward in each game, we can do better, I have that clear, and it has been an intense week, we leave with a lot of confidence and we already want the next game to come.”

Luis Suarez also attended the media in the mixed zone.

Messi “We are all aware of what it generates to have him but also for the great game we all did starting with Marc, without the work of the team we would not give so much to those above.”

Rival. “We know what Atlético is like at home, it has very strong defensive qualities and also plays well in the ball.”

Finally, Guillermo Amor, as director of institutional relations of Barcelona, ​​commented on the shouting wishing Antoine Griezmann the death that “is always respectable, the public always has their opinion, you may like it more or less, but there are to accept it. “