Home Sport Valverde: “This match is one of the keys of the classification” 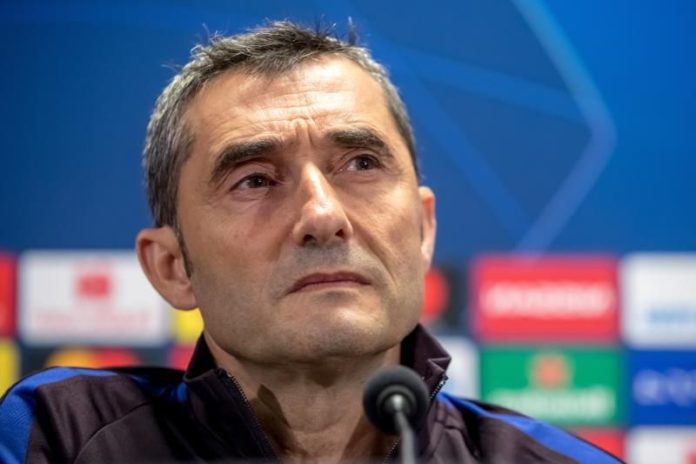 Barcelona coach Ernesto Valverde believes that Wednesday’s game against Slavia in Prague on the third day of the Champions League is “one of the keys to qualifying” to eighths, which is why he considers “fundamental” to achieve victory.

The coach of Barcelona expects “a great rival” as he has shown in the two games played by the group against Inter Milan and Borussia Dortmund and recalled that he already eliminated Sevilla last year.

“He is a rival who runs a lot, who attacks with many players. In addition, for us tomorrow is a fundamental game, it is the third game of the league, in which things are beginning to be defined,” he insisted.

Valverde got rid of praise for the rival. “It’s a great team. In San Siro he played with a great personality, he dominated and was about to win and then the match he made with Borussia. They play attack, play well, have arguments to hurt us. We can’t trust each other. Absolutely. You might think we are favorites, but that means nothing, “he said.

He also recalled that, according to the official statistics of the Champions League, Slavia is the team that runs the most in the competition. “They put a lot of rhythm to the games, but we are used to it. They have a great deployment in attack and a great withdrawal in defense. We anticipate a high-rate game,” said Barcelona coach.

He did not want to unveil Valverde if he is going to give continuity in attack to the trident formed by Messi, Suarez and Griezmann, after they each scored a goal in Eibar.

“It’s a possibility, but we also have other players like Dembele or Ansu that we recover. We are forced to make a great game in attack and they (Messi, Suarez and Griezmann) are in a good moment,” he said.

As for the loss of Samuel Umtiti, off the list due to a physical problem, Valverde revealed that he suffered a clash during training on Tuesday and hopes that only the physical problem he has is due to the blow suffered. “We’re going to take it with reservations, let’s wait a little,” he said.

The Barcelona coach commented that his team is in a good moment (five wins in a row and only two goals conceded in those games) because little by little their players are “settling” in terms of the game.

“At the beginning we had late additions of players, we had injuries and then, basically, you are finding your way. Everything is helping,” he argued.

Asked about the informative inopportunity about the appearance in Holland of the existence of a clause in the Ronald Koeman contract according to which he could undo his commitment as a Dutch coach if he has an offer from Barcelona , Valverde commented that it does not bother him.

“Being in the position I am in, as coach of Barcelona , we are all always subject to rumors. It means nothing to me,” he insisted.

Finally Valverde spoke about the date of the classic. In this regard, he commented that in all this matter he would like “common sense to prevail” and gave as an example that a few days ago a Espanyol-Villarreal was played, while it was decided to suspend a match that was played a week later.

“We have to trust that things are going well, that Catalan society is well. Playing that game would be (a matter of) maturity for all and that internal things between the federation and the League do not splash us,” he admitted.

“That why the classic has been suspended,” the technician asked. “Well, I don’t know. I guess it has to do with the situation in Barcelona, ​​the forecast that there may be, but I ignore it. I miss all this. liked to play this week and give a normal tint, “he said.