Home Sport Valverde: “We love that Ansu is ours” 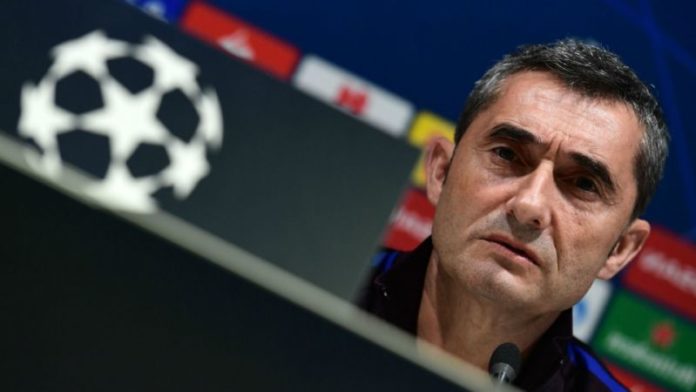 ERNESTO VALVERDE attended the media at a press conference after 1 to 2 at home of Inter, an inconsequential match that the Catalans won on the last day of the group stage of the Champions League.

Conclusions “There was a lot of news, it was also that we changed the scheme based on the players we had and it was difficult for us to start; in the beginning they pressed a lot and it cost us to leave with the ball played, the field did not help, but they lowered the level and we achieved to strengthen ourselves to reach their area, we had to be very attentive to the surveillance of Lukaku and Lautaro because they are very strong, they played everything and our players surrendered excellently in a game of great competitiveness, we are happy. ”

Carles and Ansu. “They have reached the first team this year, they are very young, especially Ansu, it was a difficult game to start from the beginning, in the front I had an experienced defense to which they do not usually score goals but he has a goal and a dry punch, then Ansu He is a born scorer who has gone through some discomfort but today he has left, has scored and has become the youngest player to score, we love that he is ours. ”

Aleñá “I was not surprised, he is a great player, I would have liked to have given him more minutes but there are many players and as the games go by I have chosen others, I trust him and I consider him very useful.”

Net. “I wanted him to play and we know he is a great goalkeeper, he has not been able to prove it because Marc is in an incredible state, sometimes when Neto is not seen in this case everyone is expectant but we had this security” .

Group stage . “I have never won the Champions League, we are in the process of wanting to win it as everyone wants but it is a competition in which you cannot have bad days and you have to demonstrate a high level of competitiveness during the ninety minutes because five take you out of the competition , last year Liverpool lost three games in the group stage and we have not lost any for years, it is a different competition to the League and it penalizes a lot to have moments of weakness and that is what should be avoided. ”

Rotations “We have a very big obligation with our club and with this competition, the players also feel it that way, there were changes and it was a very complicated game for the players, I decided, but we have shown that we have to win forever and today it wasn’t going to be an exception. ”

Moment of form. “We are fine but I prefer to see it in a more continuous way, we also had to go through the difficulties of the beginning, with our injured strikers, who had to get fit on the fly and it cost us, it has been a difficult group stage and we have had to suffer but we are here and now we have a very important challenge, three games before the end of the year and we want to finish well. ”

Template “We are very happy with how they responded, especially the young people, it does not escape me that everything is seen based on the result and the work is always there, it is important that they take the point of trust.”

Classic . “We are going very far, I think the game is going to be played and I hope it is normal, that people can claim and there is freedom of expression as there has always been, I have no doubts, and I think the game will be played even if it costs getting to the field, it’s time, too. ”

CARLES PÉREZ appeared on the field after the match.

Debut “It’s a dream to play here, debut and score is a dream.”

Match . “It was hard for us to get into the game but when we scored we could control.”

Goal. “I have a good relationship with the goal, I took the opportunity.”

Occasions “I did not pass it to Luis at the end, I got kicked.”

New contract . “It does not change anything, I will continue working the same way, trying to take advantage of the opportunities and enjoying, I had no idea about it but I am very happy, happy to help the team.”

Ansu’s precocity. “He has an incredible talent, we are both an example for the Masía, if you believe, you can, Barcelona trusts the people of the Masía”.

Ansu eclipses? “Not at all, I know that we are two players that we climb from below and we are an example, that they see that the quarry is trusted.”

Goal. “I give it to Suarez and he leaves it to me, the field surprised me in silence, I am super happy.”

Watch: The MMA world reacts to the news of Jake Paul’s...