Home Sport With Valverde at this level, even Kroos should be worried 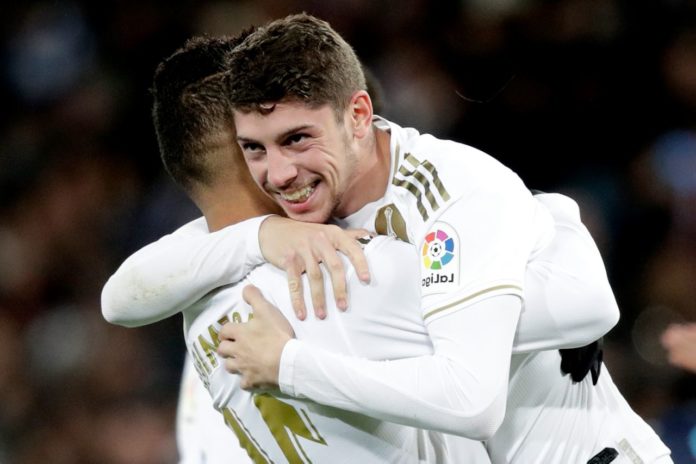 While we all get tired of saying during the preseason that Real Madrid was missing midfielder, that both Eriksen and Van de Beek had been great additions or that, at a minimum, Dani Ceballos had to be put on the roster, Zinedine Zidane did not stop to remember that he had a great team.

Perhaps the piece that nobody had except French was Federico Valverde. The Uruguayan has not thrown the door down, he has hit it so hard that he has uncorked the hinges.

His last month of competition is to frame and against Real Sociedad he scored his second consecutive goal in the League, although his shot was deflected by Mikel Oyarzabal. But Valverde is not paid to score goals, but to make the team play, and that has already proven that he does it wonderfully.

Every time he has lost respect for the shirt, the Uruguayan has unleashed in a whirlwind in the midfield that does everything right. His wingspan allows him to get where others cannot, his tactical intelligence makes him the best squire of Casemiro in physical work, but Valverde is also standing out as a true titan in the attack front, a man capable of breaking lines with his speed and aggressiveness, and he also has a great mid-range shot. Beyond his goal against the Basque team, the move that led to a great ovation from the public was 15 minutes later, in which Valverde got rid of two rivals with a great waist movement and accelerated to leave all their rivals behind. Then he gave in heel to an Eden Hazard who was coming in the race, but the shot of the Belgian with the left-handed left very focused and Remiro could stop without problems.

See Also
Courtois: "I don't doubt myself; there are people who like to talk"

Valverde showed before Real, once again, that right now he is essential in Real Madrid. Zinedine Zidane rotated Toni Kroos again, probably to protect him from facing the game against PSG on Tuesday, but seeing the great game Luka Modric made (a goal and two assists), the decision of who will be the two interiors accompanying Casemiro in the Midfield against the French seems very complicated.

Because although the German medium has also returned to its best, even scoring decisive goals, it seems that the pair formed by Valverde and Modric can give better returns right now than any combination in which Kroos enters. The Teuton is a great player, but his tiresome pace when Real Madrid dominates the game does not usually offer options to break the defensive barriers of rival teams.

As the great majority of the opponents of the white set are teams that close before the merengue attack, the dynamism and energy that Valverde prints to the game, and the magic of Modric, they can end up making them settle in the eleven holder of the white set The rest of the season. It should not be a coincidence that both have played the games against Eibar and Real Sociedad from the start – by far the two best games of the year for Real Madrid. In addition, the bellows of the young Uruguayan is a true reef for Casemiro and Modric Both can focus much more on their functions knowing that Valverde will always reach support in the withdrawal.