Home Sport Valverde: “It has not hurt us to postpone the clasico more than... 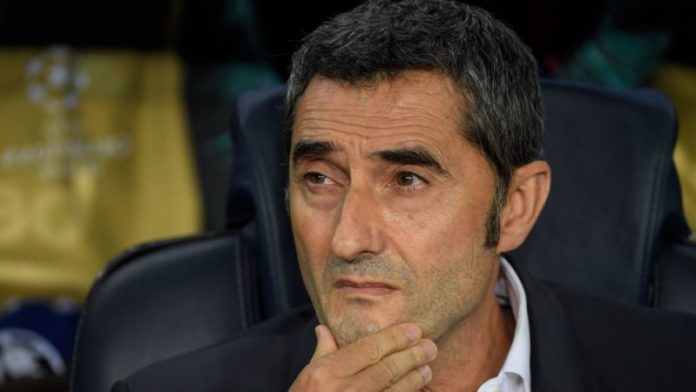 Ernesto Valverde appeared before the media before the Barcelona game against Valladolid saying that the postponement of the clasico had hurt them but clarifying why.

“The postponement has not harmed us more than Madrid, it is because of the inertia we were carrying. We will play when it touches us.”

Explain how the break was and how they felt. “It’s strange because we came from a break recently. You know that matches are accumulating between stops and you have to save them. In the end we haven’t played it and we can rejoin the League because the others add up and we couldn’t do it this weekend.”

Griezmann’s trip to the NBA
“It doesn’t condition me too much. Free time is to enjoy it and each one what he wants according to the limits, which have not been passed for now. Thank you for informing me (that Griezmann went to the United States to see the NBA) because he didn’t know it. ”

The reproach of Ter Stegen
Regarding the statements of Ter Stegen giving a touch of attention after the match against Slavia in Prague in the Champions League, Valverde was clear

“It was five minutes of being overwhelmed, they threw us several times. There we had the option to move it forward, but we didn’t. The games are seen in many ways but if we have to solve something we must do it inside and not outside.”

“They are within the dynamics of the first team, they have a record of the subsidiary and they may play in the subsidiary at some point. This weekend, having to play on Tuesday against Valladolid they could not play on Sunday with the subsidiary since we have them for this match. We’ll see, but it’s in first-team dynamics. ”

He added that “it is possible that there is some change and it is a possibility because we have three games in seven days, but we will see

Regarding Umtiti’s injury, he clarified that “yesterday’s training made him apart and I find it difficult to play against Eibar.”

Carlos Vela at Barça?
“Last year we commented on a possibility that arose, but we are not yet in a period of market opening. Right now we have the ones we have in our workforce”

Valladolid, a dangerous rival
Valverde focused on Valladolid, a dangerous opponent that caused them problems last season. “He has a good run, with several games without losing, I think that of the 14 he has 8 have been away from home. Taking into account that the previous year we suffered a lot winning 1-0 of course it is a game that we have many illusions and see if we can add three points.

Morata, a historical and balsamic goal in the sea of red...