Home Sport Valverde: “It is impossible not to depend on Messi” 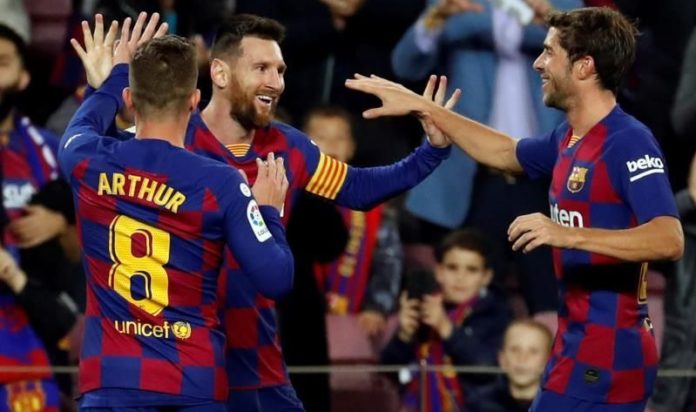 Barcelona coach Ernesto Valverde admitted that “it is impossible not to depend on Leo Messi” after the exhibition offered by the Argentine with the ball stopped, since he got a triplet, with two goals.

“We depend on him, if he played somewhere else, they would also depend on him. It illuminates everything. He has unblocked the game with the 2-1 foul,” Barça coach said.

The Extremaduran said that having Messi allows a decisive impact on the game. “Today we were fluent and he scored 2-1. It is an advantage that we have, that the opponents fear and that’s fine. When we win, we all win, those who play are many, besides Leo, they all do their job,” argument.

Valverde made self-criticism by ensuring that in the first half his team did not have a very high playing pace. “We were not well. We lacked continuity in the game. It was too doughy, we didn’t arrive clearly. In the second half we were better, with more rhythm and more speed,” he said.

The Barca coach said that the victory today was important after the defeat of a week ago against Levante that “hurt” his team, as well as the European draw against Slavia: “When you don’t win, uncertainty is generated in the environment” .

Asked about whether the league stop can be good for his team to recover, Valverde said he would like to continue playing.

“Because when you come from a regular feeling, it allows you to improve it. We will take the opportunity to rest, some leave, others stay, but after this break come very strong matches in which we play a lot,” he recalled.