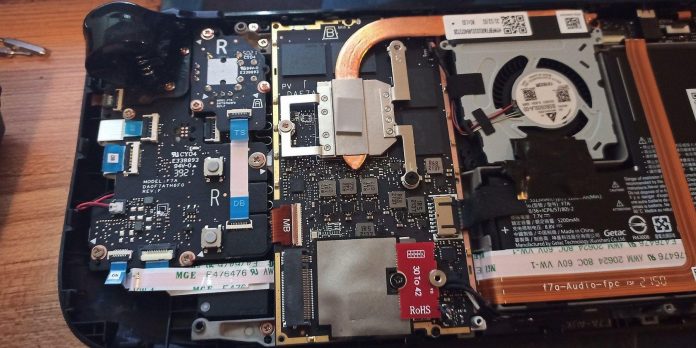 Since the launch of Steam Deck in February, gamers and media representatives have begun to master the device. Now that Valve has added Windows support, it’s starting to really fit its purpose, as it’s more than just a console, and more like a portable PC. Given this versatility, some have tried to modify the device for their own purposes. However, a recent rework attempt has attracted the attention of one of the company’s designers.

Lawrence Young from Valve in a recent tweet warned everyone who wants to install a larger SSD in their Steam deck. The message urges people not to make changes, adding that this could “significantly shorten” the service life of the system. The reason for this, according to Yang, is that the charger chip is already getting very hot, and adding a 2242 M.2 hard drive requires shifting the protective thermal pads, which should not be done. A larger hard drive also consumes more power than the standard SSD that comes with the Steam Deck, and this, again, can cause the device to get too hot.

RELATED: The following Steam Deck device can be equipped with AMD RDNA 3 graphics

The tweet appeared shortly after someone actually managed to replace the SSD. The user installed a larger hard drive in his Steam deck, replacing the factory-installed 2230 M.2 on the aforementioned version 2242. Despite the larger size of the new disk, they were able to properly close the soundboard and start it, which even led to an increase in read/write speed. Theoretically, this practice will allow people to buy large amounts of storage and modify the system with a much more common disk 2242. However, as Yan pointed out, this modification may work, but in the long run, it is likely to be harmful.

Modification of the device is something that some have been striving to do since it was released a few months ago. For example, one person managed to install a Game Boy camera on his Steam deck, and another managed to externally connect a full AMD RX graphics card to improve the performance of the game.

Considering that Valve’s portable PC supports thousands of games, it is mainly used as a gaming device. However, it is the fact that it can be used in the same way as a home computer that is part of the appeal. At the same time, the modding community clearly saw the potential of the system, and although there are some pretty cool ideas, it seems that the company does not recommend people to physically modify their Steam deck.

CoD Warzone Confirms All Details Of Its Integration With Vanguard; Verdansk...