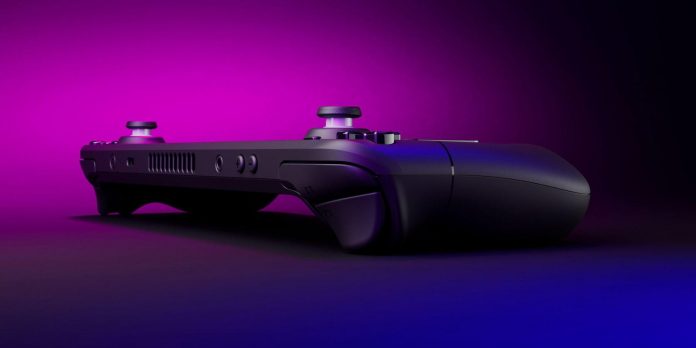 Valve’s Steam Deck was one of the most anticipated console releases in recent years when it was officially launched in February this year. The portable platform, which gives fans access to its Steam libraries on the go, has been constantly adding new compatible games since the Steam Deck debuted. The console is in such high demand that Valve sells the platform on a reservation system, and fans guarantee that the console will be shipped later. Now, Valve is reportedly looking to the future, as new versions of the device are already planned.

In an e-book published earlier this week on Steam about the success of the Steam deck, Valve confirmed that the developer intends to “refine” the Steam deck with new “improvements and iterations.” The publication would even show that Valve views its Steam Deck in the same way as other major consoles, viewing the Steam Deck as a “multi-generational product.” Steam Deck was Valve’s first major foray into the console market, while Steam has grown into one of the largest online gaming platforms since its debut in 2005.

The e-book discusses in detail the development of the Steam Deck, as well as some hardware and design solutions used to create the device. Game developers have praised the Steam Deck for its ease of use, and fans and critics have confirmed that the Steam Deck is more powerful than the similar Nintendo Switch. Valve also talks in an e-book about how the company made the Steam Deck easily repairable and flexible with the help of peripherals. The developer refers to the fact that some players connect devices such as VHS players and GBA cameras to the Steam Deck.

Along with Valve’s desire for user interface flexibility, Steam Deck has become a popular platform for modders. Emulators have become a common subset of Steam Deck modding since its launch six months ago. Fans were able to launch everything on this platform, from classic Xbox games to new releases such as Xenoblade Chronicles 3. Valve even gave players the opportunity to change the OS on their devices with the May Steam Deck update, allowing fans to run Windows 10 and Windows 11.

Valve’s reported plans for a second Steam deck emerged as the console continued to face problems with unfulfilled orders throughout the production cycle. The huge popularity of the console quickly led to the fact that the supply of the device decreased, as Valve introduced the previously mentioned backup system. Scalping was a serious problem even before the console was launched, when some owners tried to resell their pre-ordered devices for an additional fee. However, recent updates suggest that Steam Deck supply issues may be over, which bodes well for both Steam Deck and its future iterations.

Microsoft works to unite Ubisoft Plus to Game Pass