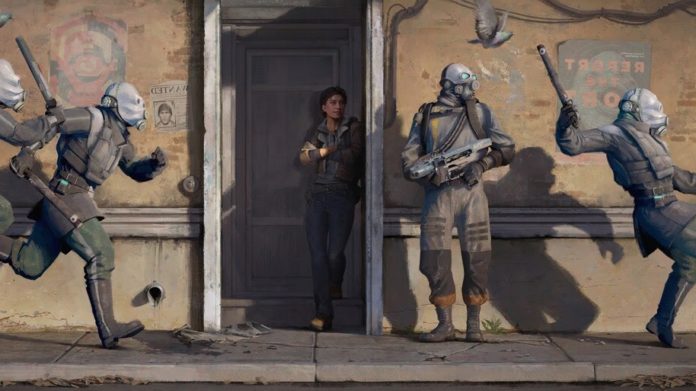 Valve officially announced the release date of its new game “Half-Life: Alyx”, which it has been working on for a while. Half-Life: Alyx, which can only be played with virtual reality equipment, will be available in March as Valve explained earlier.

Valve announced a few months ago that it was developing a new Half-Life game. Gamers welcomed this news with great enthusiasm and then they were disappointed.

This game, called “Half-Life: Alyx”, was not Half-Life: 3 as gamers had expected, and it was only developed in accordance with virtual reality. So gamers had to buy quite expensive equipment to play this game.

Valve stated in its statements to date that its upcoming new game will be announced in March. Now making a new statement on the subject, Valve has officially announced Half-Life: Alyx’s release date. The statements made by Valve reveal that the company will keep its promise.

Valve’s Twitter sharing has not been updated on Steam for a while. So much so that the gamers have not seen for a while that the game will be available on March 23 on Steam and on the official site of Half-Life: Alyx. Valve, which has updated the game’s Steam page and announced the date of March 23, as of now, has not yet made an update on the official website of Half-Life: Alyx.

With the announcement of the game’s release date, Valve also shared several new images about Half-Life: Alyx. The images shared by Valve seem to offer both high quality and tension-filled minutes with the upcoming yen game’s virtual reality equipment. Half-Life: Everything about Alyx will be revealed on March 23.

Apple To Launch iPhone SE 5G And iPad Air At Next...