Home Entertainment Valve Is Already Thinking About Steam Deck 2: “The First Step Is... 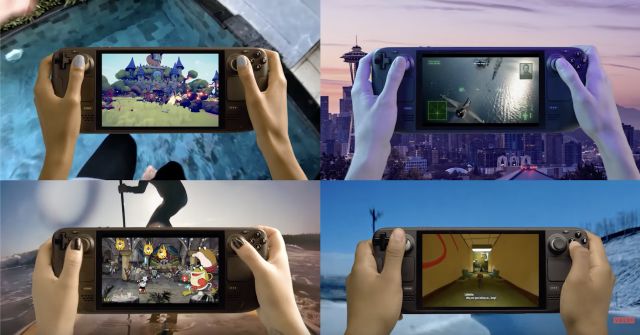 Steam Deck 2 is already in Valve’s plans. Gabe Newell, CEO of the company, shares what are the motivations behind the laptop. Gabe Newell, co-founder of Valve, already has his mind on the successor to Steam Deck. During an interview, the head of the company has stated what direction they are pointing to with the first model and what they want to explore in the future.

“The first step is to allow you to play today’s great games,” explains Newell in an interview with EDGE magazine. “The second version will be more about: what are the capabilities that mobile devices give us beyond what you would have on a traditional gaming desktop or laptop?”

Newell shares his enthusiasm for what other users or studios can do with the Steam Deck. He also leaves the door open to find his own way to find a way to take the gaming experience on PC beyond the desktop.

“One of the things that [Steam Deck] represents is a powerful battery-powered unit that you can eventually use in VR applications as well. You can take that PC with you and build something much more portable. We are not there yet, but this is an important step for it”, he concludes.

We must remind you that Steam Deck has been officially launched on the market this February 25. At the moment buying one without a reservation is difficult, if not impossible. Valve restricts units for sale to a single model per user. Also, if you book now you will have to wait for some time after the second quarter of 2022 to complete the purchase.

Did you pre-order Steam Deck back in the day? Keep an eye out for the email address linked to your Steam profile. Valve has already started releasing the first messages in queue order. Know all the details of the process in this link.

Supernatural: Details of the first confirmed spin-off of the Winchester brothers