Home Tech Valorant will have anti-cheat at launch: all about Riot’s system Valorant, a new game from Riot Games, will have its own anti-cheat system at its launch. The fps doesn’t have a set date yet to be made available, but the promise is that it will arrive in the winter of 2020 for free download on PCs. TechTudo went to the League of Legends (LoL) developer headquarters in Los Angeles, USA, test the first demo of Valorant and talk to your team of developers. Security officer and anti-cheat efforts Paul Chamberlain explained in detail how the program will work.

Anti-cheat active already at launch
Valorant is a free game that promises to run even on the most basic computers. The game’s accessibility is attractive to users, but it can also draw the attention of cheaters. Not by chance, the title will be released with its own anti-cheat program. “We built a game to resist the most common types of cheat in shooters. This was possible because we started thinking about security against fraud early in production, technically before pre-production,” details Chamberlain. Valorant will be the first fps developed by Riot and the project came about five years ago.

According to the developer, Valorant has taken some steps to be as safe as possible. “We work on three fronts. The first step is to make the game as resistant to cheating as possible, then to make fraud as difficult and expensive to develop and, finally, to have a flexible investigation and quick action system to detect and ban people ”. All of this involves the game’s design, its servers, an artificial intelligence and a team of professionals who will monitor the game and its community in real time.

Artificial intelligence and analyst team
According to the developer, Valorant will import some technologies that already work in LoL. “Some of the systems are adapted directly from League of Legends. But since cheating can have a very high impact on a competitive shooting game, we decided that we needed to invest in additional technologies. That’s when Valorant’s anti-cheating platform came into being,” details.

Part of the anti-cheat effort will be made by an Artificial Intelligence system called Vanguard. This AI will monitor players and ban suspects. “The platform will act on all fronts, from the investigation to the banning of the user”. Chamberlain also explains that the main cheats and hacks used in FPS games, such as aimbots and wallhacks, have already been studied and are on the radar of this AI. Thus, a user who always shoots enemies in the head or who can “predict” what happens outside their field of vision will be a potential suspect.

But so far, Valorant’s anti-cheat system doesn’t seem to consider hacks that will certainly be developed after the game’s release. To work on this front, the game bets on a team of professionals who will closely monitor the public. “We have researchers who analyze the cheat communities and keep an eye on what they are talking about, what new products are being developed”. Riot’s idea is to be one step ahead of these hacks.

Analysts will also look for new cheats within the game itself. “We are going to store a lot of information about how people play, what are the movements and commands of the mouse, for example. So we use data analysis techniques to try to find suspicious behaviors. I hope that in the future this can be automated through machine learning. But there are many benefits that analysts can gain from the ability to investigate the game style of certain players “, he highlights.

Punishments and other improper behavior
According to Chamberlain, players found to be cheating on Valorant will be punished. These punishments, however, are not yet fully defined. “This can always change, but my current thinking is that all accounts that we identify using tricks are permanently suspended. In addition, we would like to temporarily prohibit this computer from running the game, precisely to discourage the user from creating a new account” .

When asked about other problems that affect competitive games, such as selling logins, smurf accounts and toxic behavior, the developer explained that other programs similar to anti-cheat will be used. Toxicity cases, however, must be personally assessed by a team of professionals, and the punishments for players who offend and disrespect other players must also be different. “I am not an expert on this, but there are a variety of punishments being considered, including chat restrictions and account suspension for repeated offenses.”

Chamberlain concludes by explaining that all this effort, from the anti-cheat system, to the punishment of cheaters and toxic users, seeks to win over the community and prove that the game deserves its player’s time. “All of this work is a 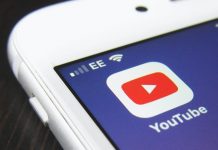