Home Entertainment VALORANT Mobile: What Can We Expect? These Are A Must! 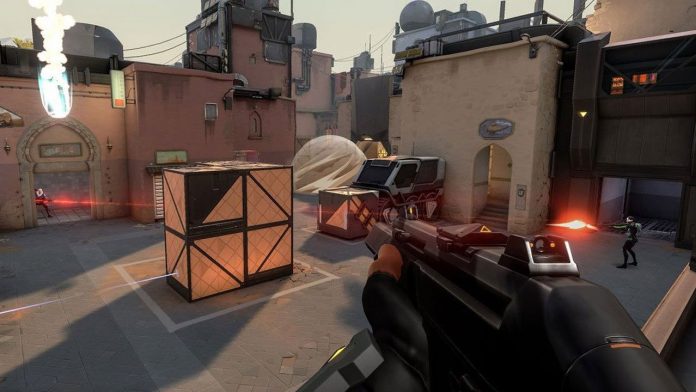 Earlier this month, Riot Games gave the good news of VALORANT Mobile. In fact, the gameplay video was leaked shortly after this confirmation news. We listed our expectations from the mobile adaptation of VALORANT, which has become an extremely popular FPS game on the PC platform.

What do we know about VALORANT Mobile?

Before listing our expectations, let’s remember what we expect. At the event held on June 2, exactly one year after VALORANT’s release on PC, it was said that VALORANT would come to mobile platforms. In fact, improvements have already begun. Earlier this week, VALORANT Mobile gameplay video was leaked, showing the game’s key features and the Ascent map. You can access the video from the news below.

What do players want to see in VALORANT Mobile?

Now that we’ve refreshed our knowledge of the VALORANT Mobile, let’s talk about expectations.

Of course, a cheat-free game experience is not possible, even swearing can be considered a cheat. Since the PC version of VALORANT is still considered new, we did not encounter many cheats. Although mobile games do not usually come up with many cheating cases, of course we expect good cheat protection from a competitive game.

Of course, an FPS game full of skill uses like VALORANT Mobile will not have a very simple interface. However, we expect an interface that is as little confusing as possible, easy to access spells, and instantly reflect what we want into the game. For example, PUBG Mobile’s cluttered interface has become so bad that the game’s home page is divided into three tabs. We expect Riot to hear our voices on this.

In competitive games like Valorant Mobile, team members must be in touch at all times. When a player dies, they must quickly notify the team where they died. Communicating is not a problem on PC, but on mobile we expect to be able to communicate easily with the team as a result of the simple interface or Discord integration.

The main version of the game has maps with three sites. Complex maps will negatively affect the gaming experience on mobile. For example, playing the Haven map with two sites instead of three may make the game more than just a rush.

We expect that there will be game modes that do not take much time, as well as ranked and unranked game modes. PUBG Mobile does this nicely. Apart from the battle-royale mode, which sometimes takes half an hour, it offers short fun modes. We hope that VALORANT Mobile also offers short-term fun modes.

This is our VALORANT Mobile expectations. What do you want to see in the game? You can write your opinion in the comments.