Home Entertainment Valorant: A guide to playing on the Pearl map 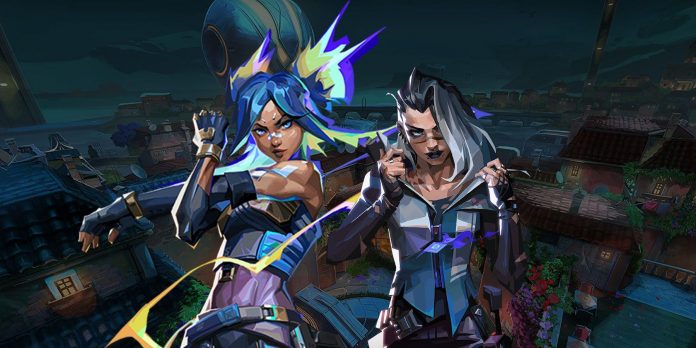 Valorant Episode 5: Dimension finally shows a way to travel to the Omega Earth dimension, fans are treated not only to the well-known Omega VALORANT protocol, but also to its first Omega-Earth location: the Pearl Map. Boasting one of the largest map areas in the game, the Pearl Map offers equal levels of intensity with many bottlenecks and fairly open battlefields. Thus, Valorant players should rethink their combat approach while fighting on this big map.

However, the fact that the pearl map seems complicated does not mean that it is impossible to study it. In fact, just a few recommendations and a deep understanding of the composition of agents can allow players to dominate any aspect of the Pearl Map quite easily. However, how do players approach this new location?

Pearls: Big is the norm

The Pearl Map, added to Valorant in the June 2022 update, is a unique night setting with a fairly extensive territory. This map, located in the Omega Earth version of Lisbon (Portugal), is canonically an underwater city. In addition to the rather impressive central monument of a man holding a large smoking globe, the rest of the Pearl consists of houses and buildings of European architecture, as on a crowded city street.

Perhaps the most interesting aspect of Pearl is that it is the first map in Valorant after the release, which does not have any dynamic mechanics or special sets of rules that change the course of the battle. However, this “ordinary” nature of the Pearl Map makes it even more flexible, giving players a clean slate to turn them into their own personal battlefield. Here are the other important components:

Openness is deadly: One of the most notable elements of Pearl is its openness with the apparent absence of very high roofs, which makes throwing objects a more dynamic element of the gameplay in Valorant. Wide Middle: Another interesting component of Pearl is its rather open middle part, especially with several exits that can reveal sudden attacks. Compared to the Breeze, which has a cylindrical structure in the center of the middle part, Pearl is more open.

A-Site: everything is in this corner

Perhaps this is the most convenient position for attackers on the Pearl map. The A-Site side of the map is quite remarkable for its simple appearance. Extremely noticeable on the A-Site side are areas such as the rather decorative A-Restaurant, the open but narrow corner of A-Main, and the numerous openings of A-Dugout, A-Flowers, and A-Link, ideal for Valorant fully automatic weapons.

Of all the areas on the pearl map, it is the A-Site side that is the most “direct” in terms of its approach. Outside of the middle area, passing through Restaurant A and main Point A is the easiest way to get to the A—Site, which makes attacks and defenders extremely obvious. Here are some notable elements:

A-Restaurant: In the area closest to the attacking side’s spawn point, players should be wary of the rather decorative nature of the A-Restaurant. Unlike other props on other maps, the “restaurant” in A-Restaurant is actually a bit passable, which makes it a pretty healthy disguise zone for agents at the right angle. A-Main: The most important corner of the A-Site side, A-Main is an open area with a rather narrow central corner and a rectangular column. This is an expected point of invasion, since snipers from the rebirth point on the defender’s side can be located on the edge of point A. A-Dugout: A fairly deep alley next to A-Site, this is a well-known rat spot for defenders who want to wait for arrogant intruders to install Spike. A-Secret: This is a narrow alley connecting A-Dugout, A-Site and the point of rebirth of the attacking side. A-Flowers: A rather narrow path leading from the spawn of the attacking side to the A-Site, this is a popular place for defenders to retreat, as it gives a clear point of view of the A-Main. A-Site: The highlight of the A-Site side is a fairly open area surrounded by houses, with a mausoleum in the center. Given its open territory, A-Link, A-Flowers, A-Dugout and A-Main have a clear idea of this point.

Due to the straightforward nature of A-Site, defenders are expected to expect attackers to come from either A-Main or A-Art. Thus, offensive players are advised to either crush the Site with a direct attack using valiant duelists such as Jett, or perform an urgent installation with an initiator such as Fade on the flank to disrupt the defense. Here’s what you should pay attention to:

A-Restaurant: Instead of going straight to A-Main, it would be helpful to look into a small cozy corner on the edge of A-Restaurant before going to A-Main. Waiting out the vagrants from this pen makes this place an ideal rat spot, easily providing access to the A-Site. A-Main: In a shootout on A-Main, consider using the central column for a quick shift.

How to enable cross-progress and cross-play in Diablo Immortal

Epic Store Has ‘Megapromotion’ With up to 90% discount; Check Out