Home Entertainment Valheim, second on Steam only behind CS: GO 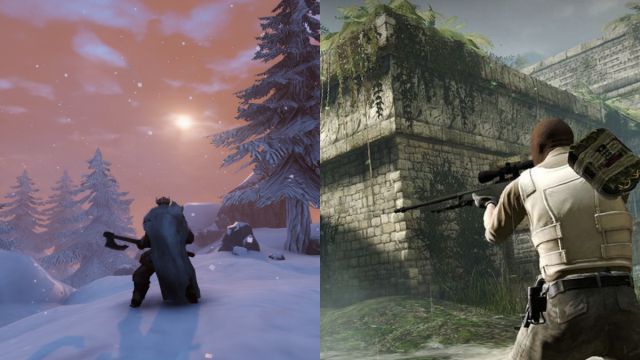 The overwhelming success of this survival title set in Viking times continues to set new records. 2020 and 2021 are becoming the years of phenomena in the video game industry.

Blazing stars like Fall Guys: Ultimate Knockout and Among Us soared skyward, as did Rust some time later. The next to shine with its own light is Valheim, the survival title of Iron Gate, which is triumphing with its meteoric figures. Not only has it sold more than 3 million copies in just two weeks, but it has also achieved a concurrent player peak of 502,000 on Steam.

It happened last Sunday, February 21, with numbers that have managed to surpass those of Dota 2, although Counter-Strike: Global Offensive has maintained its leadership position. The truth is that the veteran Valve shooter is still a long way off, since he has reaped more than double (1.1 million concurrent players).

The developers thought that the title would perform well in the market, although they never anticipated that the success could be so overwhelming. “We had the impression that it would sell quite well, at least to sustain us, you know. But selling a million and now two is something that we would never have expected ”. These words are from Henrik Törnqvist, co-founder of Iron Gate Studios, speaking to PC Gamer: “It’s quite incredible.”

In the same interview, the developer explained that her main influences were not survival titles, but adventures like The Legend of Zelda or The Elder Scrolls V: Skyrim. The title, of course, also introduces survival mechanics, although the difference is that they have tried to make them more accessible. The team talks about how they conceived it as a project that followed the guidelines of the old school adventures, which are still valid today. In fact, the Nintendo saga is no more and no less than 35 years old.

Valheim is available exclusively for PC.