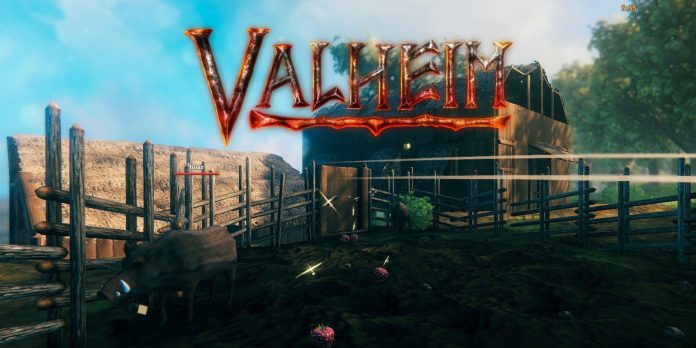 At the beginning of the game, Walheim players enter a seemingly indomitable world. Fortunately, the game has many game features that make the passage more manageable. Two of these crucial elements that Walheim players must master to make their journey easier are animal domestication and crop cultivation. Recently, one player demonstrated his impressive mastery of both of these elements with an impressive clip on his farm.

Valheim was released in early access in February 2021 and transported players to the mythical Viking world, divided into many biomes. As part of the survival mechanics in Walheim, players must feed their character, and one of the easiest ways to do this is to tame animals such as wild boars and grow crops whose seeds they find while exploring.

This short clip is taken from u/PortianCitizen087 and it demonstrates the full mastery of the inside of Walheim. They start their clip with an already impressive farm with 6 long rows of planted carrots. These cultures can be used in various dishes to further increase the player’s health reserve. From this farm, u/PortianCitizen087 jumps over a wooden wall into a boar pen. There are about a dozen of these tamed creatures in this small part of this player’s base, but interestingly, these animals walk on cultivated land. Then U/PortianCitizen087 continues to pull out the carrots that grew in this pen, leaving them on the ground so that the boars can be fed, keeping them healthy and tamed.

The easiest way to feed wild boars from Walheim

For those who have not played Valheim, this clip may seem uninteresting, but those who are familiar with the game will note the subtle genius of this clip. Firstly, u/PortianCitizen087 made their lives much easier by growing food for wild boars in their own paddock. Secondly, they have disabled the automatic harvesting option in the game, which means that all they have to do is harvest the finished crop to feed their tamed animals. Usually this process requires much more inventory management than is necessary here.

When it comes to surviving in Walheim, it may seem difficult at first, but once players are able to create a cultivator, it will become much easier. While the game gives players the opportunity to be quite nomadic when it comes to collecting food and supplies, it is equally beneficial for players to invest in a base and a farm.

On the other hand, those who invest heavily in their own base will not find it particularly necessary to go hunting or explore areas in search of food. In any case, u/PortianCitizen087 easily copes with the problems of Walheim in this clip.

Valheim is already available on PC.