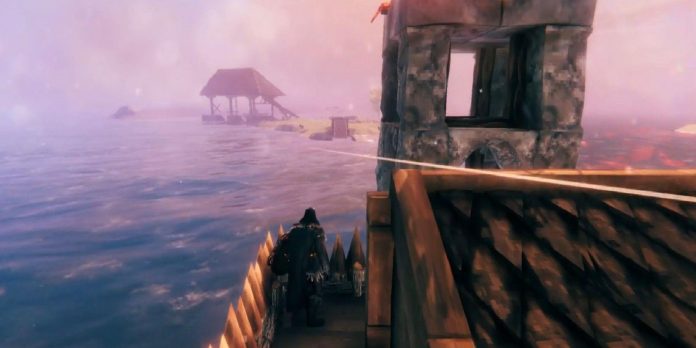 Iron Gate Studio continues to expand the foundation of early access laid by Valheim, and players regularly create ingenious creations in the vast open world of Valhalla. One of the Valheim players decided to abandon the construction of bridges in favor of an incredible underwater tunnel that crosses the bay.

Reddit user Landtuber recently posted a clip of Valheim, in which they talk about the impressive structure they created on the shore of the deep ocean. Walheim players often move between multiple bases as they progress from the Stone Age to the Iron Age and beyond to obtain more sophisticated tools created with increasing durability. Given that some iron bars are used for the underwater part of the tunnel, Landtuber at least made it to the Iron Age by defeating Walheim’s second boss, the Elder, and mining the Sunken Crypts in the swamp biome.

The Landtuber Valheim video begins with the player showing a building surrounding both entrances to a flooded tunnel before descending a ladder and across a body of water before completely submerging under part of the ocean. Once the tunnel reaches the minimum height, the Walheim player can look through the iron bars on either side to see open water and schools of Walheim fish, which can also be caught for more meat. In the middle of the sunken Landtuber tunnel there are glass panels that do not block the ocean view and can be easily broken to escape halfway.

I didn’t want another bridge to my island – instead I built an underwater tunnel! The assembly is very annoying, I do not recommend it…. from valheim

According to Landtuber, the Valheim console command “Free Space” is important for determining the appropriate position of the tunnel roof, because using the default anchor locations will not work. Landtuber stated that the ideal height of the tunnel is two meters, and they recommend using stone for the floor and wood for the roof, but they also warned other Valheim players about the difficulty of building such a tunnel. The tunnel is designed in such a way that prevents stamina depletion when the player crosses the water, as he would normally if he were swimming on the surface.

Despite the fact that this underwater tunnel begins on the ocean shore, none of the Walheim sea snakes will appear near the structure because it cuts through a shallow part. Landtuber confirmed that players can push a cart through the tunnel to transport resources back and forth, so they are not limited in how much weight they can carry. One of the Valheim players was quick to point out that until Iron Gate Studios added breathing mechanics for underwater travel to the game, the tunnel system might be ideal for watery seeds.

Valheim is already available for PC.

Assassin’s Creed Valhalla Will Add New Difficulty Options In Its Next...