Home Entertainment Valheim in VR? There is already a mod that allows it 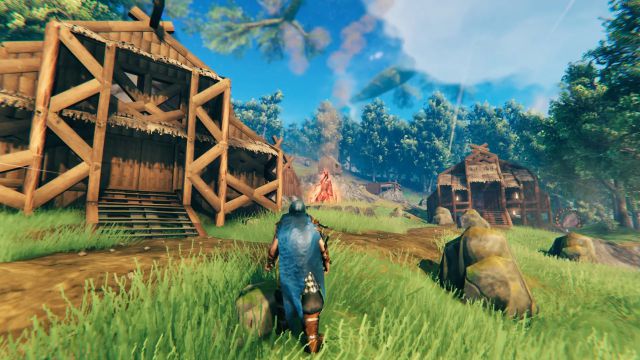 The Iron Gate title, which has already sold more than 6 million units since its launch, has become a phenomenon.

Viking survival is lived in the first person. Valheim, one of the most successful video games of this year 2021, can be played in virtual reality, although it is not an official game mode, at least not for now. It was through a mod, which is currently in beta, that players have had the opportunity to experiment with this more immersive style of play. The VHVR mod is the work of Brandon Mousseau, which is now available for download.

VHVR has been designed to be played seated with a mouse and keyboard. At the moment at least there is no option to enjoy it with a third-person camera, but its author is working on adding new control options, such as motion control. It is possible to play in multiplayer regardless of whether the other users are using the mode or not, but in that case you will have to deactivate anti-aliasing and bloom, according to PC Gamer. It will also be advisable to do the same with motion blur.

To make it work, just get hold of the BepInEx framework and download the mode through NexusMods.

Iron Gate has lived the honeys of success in its flesh. Valheim went on sale on February 2 and has been doing nothing but selling ever since. In fact, the developer recently announced that they had already surpassed 6 million units sold, an extraordinary figure for the survival game set in the Viking world. Although the studio is already working on future content, its intention is to continue polishing the product with improvements and bug fixes.

Valheim is available exclusively for PC. At the moment it has not been revealed if there is any plan to transfer the game to consoles, although Panic Button, a studio specializing in ports to Nintendo Switch (DOOM Eternal, Wolfenstein II), has already expressed its interest in taking care of it.