Home Tech Valheim has been influenced by Zelda and Skyrim 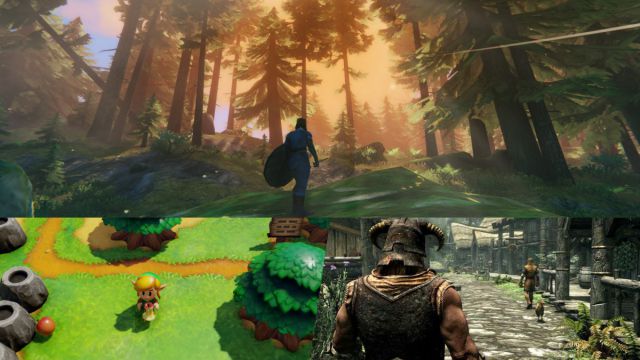 The Iron Gate title has elements of survival, but has been nurtured by adventure video games with RPG concepts.

Fall Guys, Among Us, Rust and now Valheim, a title that has become a true phenomenon. Iron Gate’s survival game has managed to sell more than 2 million copies in just two weeks, which has had an impact on its not inconsiderable number of concurrent players on Steam. One of the questions that developers are often asked in interviews has to do with their influences. Speaking to PC Gamer, Henrik Törnqvist, co-founder of the studio, has brought to the fore two titles in particular: The Legend of Zelda and The Elder Scrolls V: Skyrim.

The journalist has asked him if he has played many survival titles before conceiving Valheim’s approach: “No, not really,” he acknowledges, after confirming that the closest influences are from singleplayer titles with RPG elements. “We wanted to put out an old-school style of single-player adventures like the old Zelda, where you get new pieces of gear by defeating bosses,” he says. “We thought it would go well, or so we hoped, with the survival elements of the game. And yes, it seems that it has worked ”.

Unlike other titles with survival mechanics, Valheim dilutes certain barriers to entry. For example, when it comes to repairing weapons, tools and armor there is no additional expenditure of resources, and if you build something and disassemble it, you receive back all the resources you used to build the specific piece. “[Richard Svensson] soon came to the conclusion that an open world simulator that simulated elements for no other reason than to do so was redundant. At that point he began to develop Valheim ”, a title that Svensson wanted to be very focused on the gameplay, with simulation elements that really reinforced that facet of the title.

Valheim is available exclusively on PC.

How to print on iPhone 11