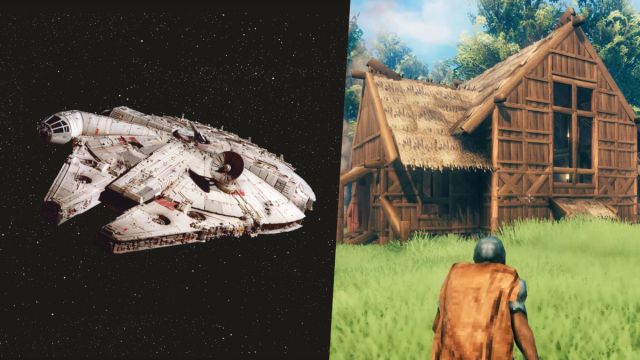 It didn’t take long for Han Solo and Chewbacca’s ship to land in the Viking world of Iron Gate Studios’ title.

In a galaxy far, far away, the most intense battles are being fought against the evil Galactic Empire. In that fight, the Millennium Falcon is one of the deadliest ships, not only because of its impressive features, but also because of the two pilots at the controls, Han Solo and Chewbacca. And what does this thing look like in Valheim? No, it is not officially available, but user Colonel-James-Parker has posted a video on Reddit in which you can see his creation in all its glory.

As you can see in the video, which you can see below these lines, the ship is perfectly recognizable from the outside. On the other hand, its interior is much more rustic and appears with materials that are not metallic, but wood. A more suitable Millennium Falcon for Valheim’s setting. At the moment it seems that there is no trace of either Han or good old Chewie, but considering that they already lost their ship on other occasions, who knows!

More than 3 million copies in just two weeks. That is a figure that the developers had not been able to imagine, as they revealed in an interview with PC Gamer. Iron Gate Studios is savoring the honeys of success, and not just when it comes to sales. According to the most recent data, which was recorded last Sunday, February 21, the title has achieved a peak of concurrent players of half a million users, which places it in second place on Steam, just behind Counter-Strike: Global Offensive (1.1 million).

See Also
Valheim has been influenced by Zelda and Skyrim

Valheim joins many other phenomena that have happened in recent months. His success follows that of Fall Guys: Ultimate Knockout, Among Us, and Rust.