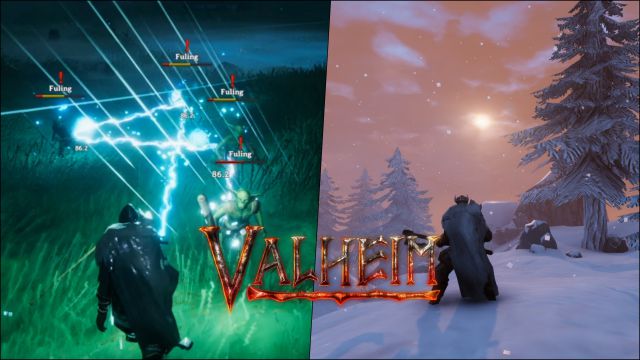 This is Skyheim, the spell mod for Valheim

Skyheim is the result of the work of makzimus, as the user calls himself in NexusMods. As explained in the description, his mod aims to “offer a balanced progression and a reason to come back and take down the final bosses.” Makzimus refers to the mechanics he has introduced around these figures: each boss will drop a crafting ingredient that will allow you to build and upgrade a series of runes.

These runes are tied to “a variety of both beneficial and destructive spells.” Manufacturing them will not be that simple. Although it still requires the drop of bosses, the user has added other ingredients found during the exploration of the world and dungeons. You’ll still have to dig into their scenarios.

In the image that accompanies the list we can see several really useful spells. TES’s mythical fireball, healing, an orb of light that follows you as you play, the ability to teleport in the direction you’re looking, and much more. They are divided into several levels according to their ability.

You can find its free download in the following channels. To install it you will have to have downloaded the BepInExPack, a tool to load your own plugins in Valheim. You will find it here. You don’t know how to download and install mods? Do not worry. In this link we tell you everything you need to know as part of our detailed guide to Valheim.