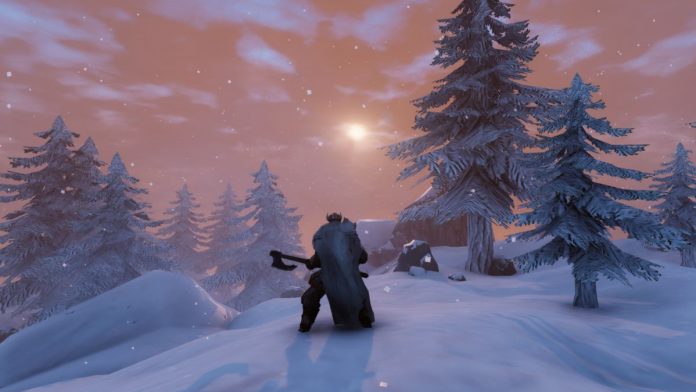 Iron Gate Studio is in luck again. At the beginning of the month he announced the 5 million copies of Valheim sold, and now it is already half a dozen. Released in Steam Early Access on February 2, this Viking-themed procedural survival game is still one of the big surprises of 2021, although it still has a long way to go. In a message posted on Valve’s website, the Swedish studio celebrated the new brand and commented that the focus for the moment remains on refining the experience – be it eliminating bugs, balancing the difficulty or solving problems with online – but also They work in the future and have shared a cryptic image as a teaser.

Created by a team of just five people, Valheim has become a phenomenon thanks to its reinterpretation of crafting and the survival of other proposals (Minecraft, Fortnite) and the evocative nature of a huge Viking purgatory where up to 10 players can collaborate to make in front of the creatures and the elements. In its current form, the game already offers content to miss for countless hours, but the studio has laid out a roadmap with several updates aimed at increasing it. For now, little is known beyond their names, although they are almost as evocative: Hearth and Home, Cult of the Wolf, Ships and the Sea and Mistlands (the latter, called a brand new biome). Precisely from Hearth and Home is the shared image, although its meaning is left to the interpretation of each one:

Luckily, all of these updates are planned for 2021, so we won’t have to wait long to see what they materialize. From there, once you’re ready to ditch Early Access and become a full-fledged commercial release, the next point of discussion is sure to be about potential console conversions. From Panic Buttom they have already declared their interest in adapting it to Switch and, in view of such figures, it is hard to believe that they are the only ones.

The Good Doctor: Showrunner talks about the future