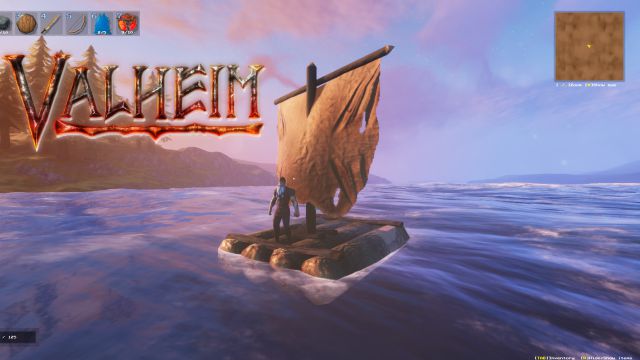 Iron Gate’s survival title does not stop breaking records and is ranked second among the most played titles on Steam; in front of Dota 2.

Valheim remains ready to break records and become the first great phenomenon of 2021. The survival video game in an open world multiplayer of Iron Gate has broken its own record of concurrent players during the night of this Monday with 391,325 users connected at the same time; just 24 hours after doing the same on Sunday night. In addition, the developer has celebrated that the title, currently in Early Access, has exceeded 2 million units sold worldwide.

Valheim is a surprise. As surprising as Fall Guys: Ultimate Knockout were at the time during the third quarter of 2020 or Among Us at the end of last year. Available since February 2 only through Valve’s digital portal, this video game developed by just five people under the aegis of the publisher Coffee Stain Publishing reaches these figures in just two weeks.

If after eight days we were talking about 1 million units sold with 180,000 concurrent users, now, a week later, that figure doubles both in copies sold and in connected players enjoying online games in a world set in the Viking age .

Valheim is legion; leader of sales on Steam and top-3 in the most played list

At the time of publication of this news, Valheim is in the second position of the most played titles on Steam, surpassing two of the platform’s flagships such as Dota 2, whose numbers are usually always several steps ahead of any another contender. Only Counter-Strike: Global Offensive is ahead of him; but behind are Rust, Team Fortress 2, Apex Legends or PUBG, whose numbers are excellent for their respective development studios, but they are far from what we can already call an emerging trend.

Needless to say, Valheim is currently the best-selling title on Steam, beating Rust, ARK: Survival Evolved and Counter-Strike: Global Offensive, but it fails to take off on Twitch, where at dawn on Tuesday it was ranked as the twelfth most viewed title.

You can consult here the tier lists with the best weapons and how to get them; in this other link the best seeds to start playing.