Home Entertainment Valheim – An Update Increases The Aggressiveness Of Monsters 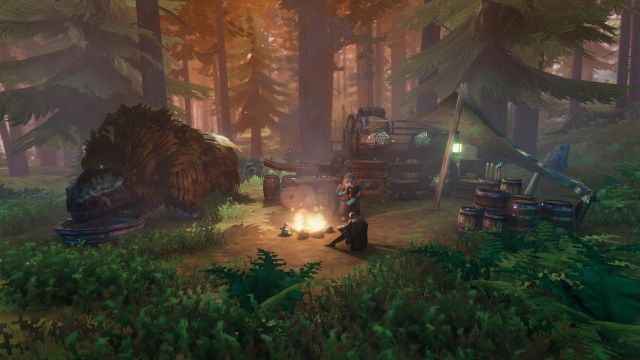 Valheim, the survival trend on Steam, receives an update that introduces adjustments to the monsters’ artificial intelligence. Those in charge of Valheim remain on their way to improve the player experience. Its update 0.155.7, now available on Steam, makes changes to the artificial intelligence of monsters. We can expect them to be more aggressive, to the point where they can attack your buildings.

Solved a very unusual case where the world became corrupted when logging out.
Adjustments to the artificial intelligence of monsters. Now they will be more aggressive and will attack your structures when they cannot reach you, among other things.
Fixed a bug where you had to click multiple times on the same chest to open it in multiplayer.
Tame Greydwarfs to throw better.
Settings in the activation of events. The wolves event will now only trigger after you’ve killed Bonemass, among others.
Long Forgotten Blob event triggered.
Fixes in effects volume settings.
Adjustments in the behavior of artificial intelligence when fleeing. Final bosses will no longer run away from you.

As we said at the beginning, once you enter Steam, the update download will begin. The community behind Valheim has been one of the pillars that have reinforced its success. Although it does not have official support for Virtual Reality devices, a user has managed to play it from a different perspective than the traditional one. You can know the details of VHVR through this link.

On the other hand, Skyheim is a modification that adds spells in the style of The Elder Scrolls V: Skyrim. You will receive “unpublished spells” to fire from your fingertips… digital. Makzimus, as the creator is called, aims to “offer a balanced progression and a reason to come back and take down the final bosses.” You will find the download links by clicking here.