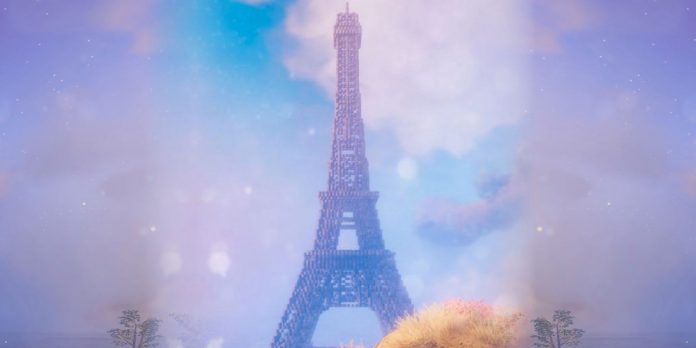 Building buildings, just like Minecraft, lies at the heart of Iron Gate Studio’s popular game Valheim, which aims to survive by building a settlement in the Viking world. We have previously seen a Valheim player cloning France’s world-famous Notre Dame Cathedral in the game. Now, Vot Te Game has rebuilt the Eiffel Tower in the game by taking the design possibilities to the next level and released a video about it.

The building was designed in accordance with the reality

The designer, Vot Te Game, applied an unprecedented wood design to resemble the intricate iron hull of the real tower. According to what the actor mentioned on his YouTube channel, he built this legendary structure with 2 people in 2 weeks and using 40,000 blocks. This is a job that requires a lot of patience, effort and a bit of cheating.

The PC Gamer website also points out that the construction of such structures within Valheim is possible through creative tricks used to generate unlimited resources; players can therefore take advantage of creative mode cheats like Forever Build.

Torches are used in the lighting of the Eiffel Tower, where the lights show more magnificent, and the visitor floor of the tower has been added to the building, including the restaurants in it. In this way, the structure looks more realistic and impressive in the game.

Valheim was developed by a team of only five and launched with the support of Coffe Stain Studio. Although it is still in the pre-order process, it was among the most played games on Steam in about a month and a half. We will wait and see what other world-famous iconic structure will take place in this game in the coming days.

Every time Oscar Isaac played alongside an MCU actor outside of...