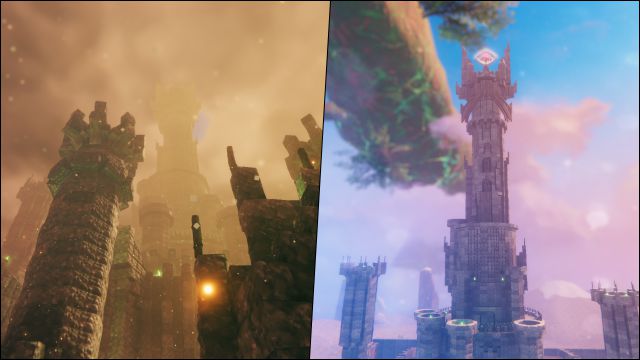 Valheim’s gaming community is ready to surprise locals and strangers in the same way as the extraordinary numbers of users of the title during this month of February. If a few days ago we told you that a fan had recreated in detail the Millennium Falcon from Star Wars, now we see that another fan has deployed his talent and imagination to make the Tower of Sauron from Tolkien’s Lord of the Rings come true.

The main strength of Sauron, antagonist par excellence of the novels, is already a reality in Valheim thanks to the modder Rynborg, author of the feat. In the video that we leave below you can see how it looks. Also, in order to install it, it is necessary to go to the dedicated page in Nexus Mods.

Valheim never tires of breaking records. With its new peak, above 502,000 concurrent players during the night of February 21, the Iron Gate title reaches the fifth best all-time record in terms of players connected at the same time; just ahead is the 830,000 users of Cyberpunk 2077 last December.

For the rest, Valheim is adjusting to being more and more in the top-3 of most played titles on Steam, ahead of titans of the Valve platform such as Grand Theft Auto V, Apex Legends, Destiny 2 or PlayerUnknown’s Battlegrounds. Dota 2 and Counter-Strike: Global Offensive are the two works that lie ahead.

Looking ahead, the small Swedish studio of only five people hopes to be able to expand its workforce with more employees, so that servers with peaks of up to half a million users can be supported with more guarantees and any updates that are available. to arrive; Valheim has not finished its development. For those interested, the game can be purchased in early access on Steam for 16.79 euros.

So you Think You can dance tWitch and Jojo Seva praise...