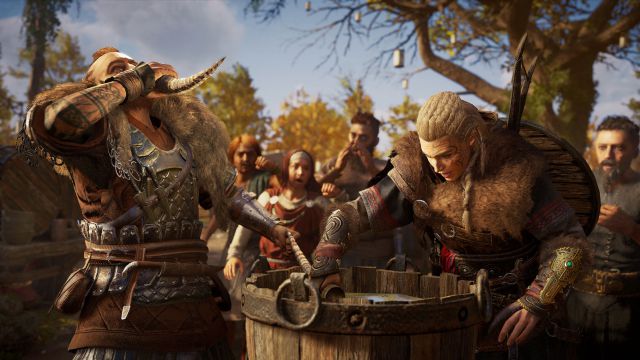 Ubisoft disabled some specific aspects of the event because it had detected that there were crashes. The Osara Season premiere didn’t go smoothly.

Ubisoft posted a message admitting that the new Assassin’s Creed Valhalla temporary event caused crashes in some cases. The company then announced that they would deactivate certain missions and functionalities, in order to find the definitive solution to these vicissitudes. Through a new patch, the Montreal studios have returned these contents to normal.

In a tweet posted on March 25, Ubisoft wrote that they were going to release a patch “to correct the crashes that players had suffered since the launch of the Osara Festival.” Thus the things, the decorations of the settlement and the decoration missions “will be reactivated with this update.”

Players who enter this temporary event, which will be available until April 8, will be able to enjoy mini-games of drinking competition, fighting and archery, as well as three unreleased character missions. Three abilities that weren’t present in the main game are also introduced: Fearless Jump, Raven Loot, and Food Stealing. How could it be otherwise, there are also exclusive rewards, including decorations for the settlement and other customization elements.

To the conquest of England

Available on PS4, PS5, Xbox One, Xbox Series X, Xbox Series S, PC, and Google Stadia, Assassin’s Creed Valhalla tells the story of Eivor, the de facto leader of the clan (with permission from his brother). They all travel to England in search of a home to settle in, but are soon faced with opposition from antagonistic forces pursuing their own goals. The protagonist must conquer territories and forge alliances to fulfill his destiny.

The title has not yet put an end to the history of Eivor. The first expansion, Wrath of the Druids, will take us to the Irish lands, where adventures and dreamlike moments await us.