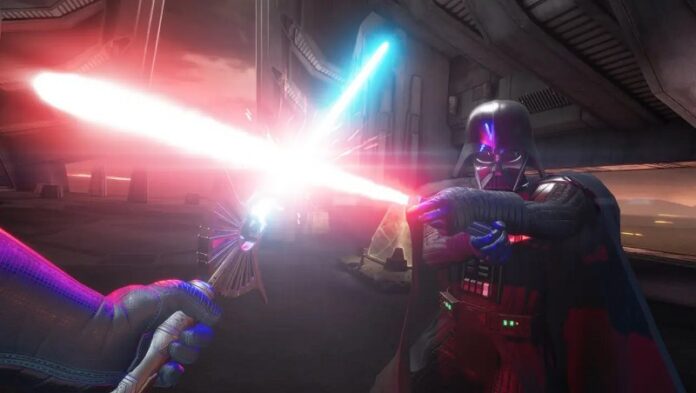 A new game announcement has been made for PlayStation VR. The name of the game, which is expected to attract great attention from Star Wars fans, has been announced as Vader Immortal: A Star Wars VR Series.

Vader Immortal: A Star Wars VR Series game was announced on the PlayStation blog as part of the Star Wars Day celebrations. In this game, we land on Darth Vader’s castle with a ‘key for the liberation of the galaxy’.

The game is coming this summer:

The release from the PlayStation blog stated that the game can be played this summer, even if the release date is not given. ILMxLAB Practitioner Creative Producer Mark Miller said the game will come to PSVR this summer and can be played in full series. In other words, three games and lightsaber dojoes can be purchased together.

Miller said that the developer of the game, ILMxLAB, introduced the development of a VR series compatible with the main story in 2016. According to him, VR was the technology that could give the right to this project. The company worked with Ninja Theory to strengthen the sense of lightsaber use.

ILMxLAB is no stranger to Star Wars:
ILMxLAB previously prepared the application The VOID Star Wars: Secrets of the Empire VR. It was possible to experience this application in VOID stores and Disney parks.

Vader Immortal: A Star Wars VR Series game’s release price on PSVR is unknown, but the price announced for Oculus Rift was $ 9.99 at the beginning of the episode. We can see a similar pricing for PSVR.

What is the way of walking simulator?

Among us! manages to surpass Fall Guys in sales

Digital dollars in the US are now seriously on the agenda

Tyler Posey talks about the reboot of ‘Teen Wolf’

Brazil will suffer ‘consequences’ if it adopts Huawei’s 5G