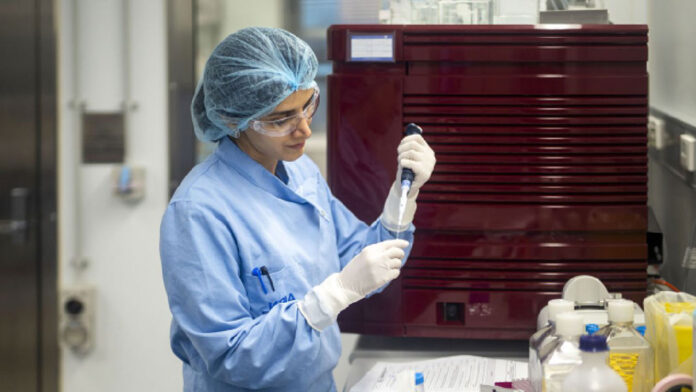 More good news came from one of the vaccines against coronavirus. In vaccine studies in Italy, a vaccine from neutralization in the coronavirus human cells was developed.

The studies for the vaccine to be used against coronavirus, whose treatment is still unavailable, continue all over the world. Human testing of some of the vaccines developed has begun and results are now expected.

What kind of a process was followed in the development of coronavirus vaccine in Italy?
Animal tests of the vaccine, developed by scientists working at Takis, were carried out at the Spallanzani Institute. In animal tests performed, the vaccine was injected first into mice. It was observed that after the injection of the vaccine, antibodies developed in the body of the mice that prevent the transmission of the virus to the cells. The researchers selected 2 candidates for the next stage, which gave the best results from the 5 vaccines they tested.

Scientists who managed to isolate the antibodies formed in the blood of the mice from the blood from the blood analyzed these antibodies in the virology laboratory of the Spallanzani Institute. In the analyzes, it was determined that antibodies would also prevent the coronavirus from transmitting to the human cell.

Immune time tests will be done after animal tests
After the vaccine has formed antibodies in mice, how long immunity will last will be tested. Following the immune time tests, human tests of the vaccine will begin. However, it is not clear how long this period will be.

The vaccine developed by scientists working in Takis shows the most advanced stage in the development of vaccines against coronavirus in Italy. For this reason, Takis called for support from international institutions and companies in order to speed up the process as well as the support of the government.

The news of developing a coronavirus vaccine in Italy expresses an important hope for the fight against coronavirus. It should be noted, however, that over a year is needed for mass production of the vaccine.

Mass production of coronavirus vaccines can begin one to one and a half years later
Experts state that the vaccines that start human tests after animal tests will take between one and one and a half years even if the vaccines are successful in human tests. Jon Andrus, a global vaccination and vaccination policy professor at the George Washington University Mycenaean Public Health Institute, said it usually takes between 5 and 15 years for an ordinary vaccine to be released.

We do not know how valid it would be for vaccines developed against the coronavirus that caused the death of Jon Andrus all over the world and caused the death of thousands of people every day. However, it remains on the sidelines as a fact voiced by the whole world that vaccines are needed to stop the virus definitively.

Suga achieves a double All kill with Agust D 2

What does BTS’s Your Eyes Tell lyrics mean?

The North Pole Is Going Greener Due To Climate Change