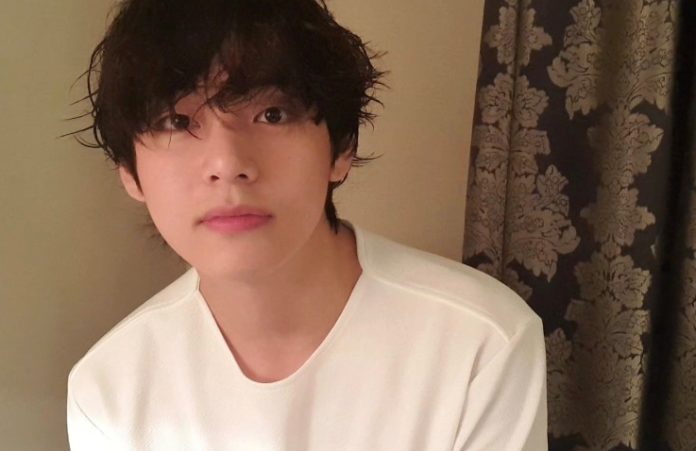 V undergoes a new makeover. Fans began to speculate that perhaps the singer is preparing a great project.

This period of quarantine has given BTS boys the opportunity to explore new things.

One of the BTS members who has been most active on social media is Taehyung , through Twitter and Weverse the idol has made known to his fans how he invests his day now that he is at home resting a bit.

V’s visuality is something that cannot be denied, it adapts to any concept and gives it a great touch with his personality; one of the most characteristic features of the ‘Winter Bear’ singer is his hair .

The evolution of her hair has marked a before and after in K-Pop , in colors, cuts and shapes; V shows that he can wear any style without problems, but his taste always coincides in something, it is the casual look that apparently is his favorite and it helps a lot that his hair is naturally curly.

V decided that it was time for a change , so through Twitter he has posted a photo that has left fans very excited, as it is seen that the singer is sitting in front of a mirror and in his hair he has some accessories used for a hair treatment, in description V commented: ARMY , my perm is back again. How does ARMY wear their hair today?

The photo of Taehyung has reached more than 1 million likes, followers and want to see the end result of this change of look , commenting that perhaps underwent this transformation for a project to door with the group.

Fans recently celebrated the first month since the premiere of ‘Sweet Night, ‘ a collaboration he made for the OST of the drama Itaewon Class and which has become one of BTS member’s biggest solo hits .

Who is Tyler Hines from Hallmark Channel? 6 Things You Need...