Home Celebrity V and RM are more alike than you think 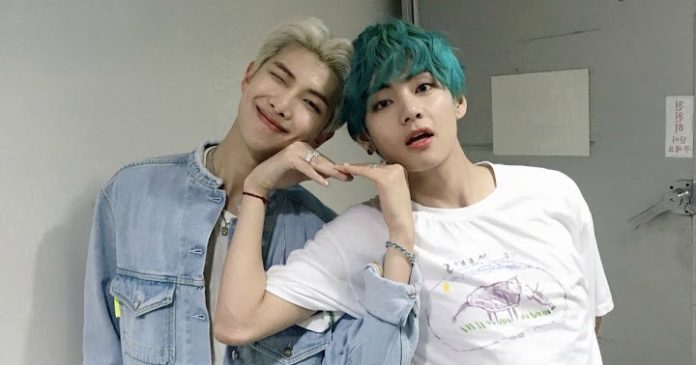 The similarity in the gestures of the BTS members was demonstrated in this video.

The BTS guys had a good time during the last episode of RUN , where in addition to competing and having fun, they showed us moments that the fandom will remember for a long time, one of them was when we were able to realize how similar V and the leader of BTS can be.

In this episode, the boys received some gifts from the staff with whom Jin created a backup plan in case BTS falls into bankruptcy , but also, the editors of the show also did their part to steal ARMY more than a laugh.

The moments of concentration make everyone react differently, but during this episode we saw that Namjoon and Taehyung are quite similar in that regard, while both of them looked ahead we could see how focused they were, but it was a surprise when thanks to the comments of the Other members of the group noted that they made similar expressions.

Both V and RM were frowning and kept their mouths closed, focusing their attention, but the boys were not the only ones who had fun with this discovery, because before their comments, the editing team was in charge of exchanging their faces to see what so true was what the boys said.

The result was extremely funny, so when seeing it on screen the similarity became clearer , but also, the exchange made them look very different from how we know them, so it became one of the most memorable moments of this episode .