Home Entertainment V Rising: how to get reinforced boards 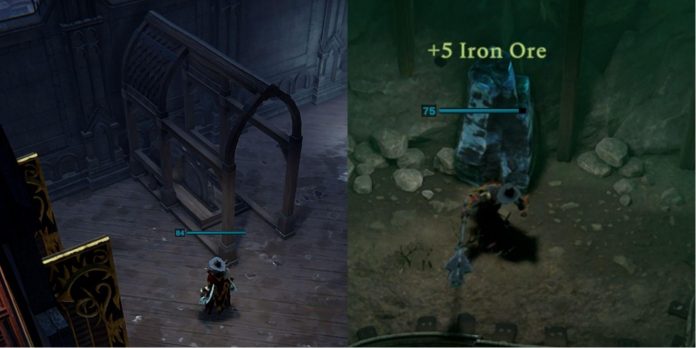 The need for reinforced boards is a symbol of progress in V Rising. The first area, Farbane Woods, can be safely conquered without seeing the need for them. But soon after that, reinforced boards will be required for technological upgrades. And they will require a lot of them.

There are several ways to get them. At this stage of the game, V Rising most likely gave gamers a couple of random drops. But random drops will not help throughout the passage. Gamers who want to get real reinforced boards should consider some strategic collection techniques.

Combine boards and iron ingots at the sawmill.

The amount varies from server to server, but on most of them, adding an equal amount of iron ingots and boards to the sawmill will give reinforced boards. The boards are quite simple, just add lumber from any tree to the sawmill, and the vampire will take possession of the boards (as well as a lump of sawdust).

Prompt receipt of iron is less simple. The Ghost Iron mine at Danley Farm is the best place to mine a lot of iron, just be careful with the V Blood bosses who patrol the mine and surrounding areas. If this area is too high, look for small camps that have iron ingots or raw iron as a reward.

After collecting the raw iron ore, throw it into the furnace to make iron ingots. Then put them in a sawmill with planks and let the device take care of the rest. In a few moments, players will have several reinforced boards to work with.

If the collection of materials is too dangerous, it is quite understandable. Sometimes players just need a few boards to climb the tech tree and make better weapons, after which they can start making reinforced boards themselves.

Go ahead and raid them in certain areas, such as the Danli Bastion. The drop is still “random”, but it is high enough that players can guarantee that they will not leave empty-handed with every excursion.