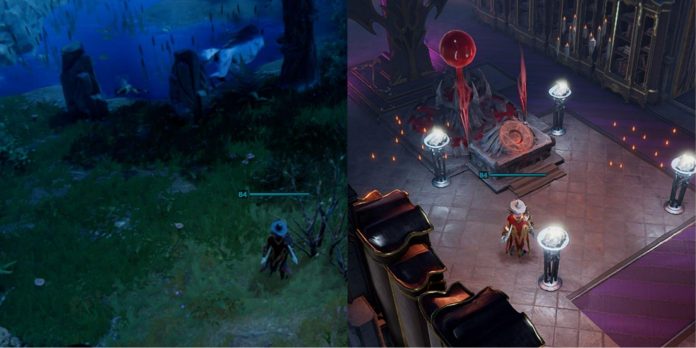 Collecting unsullied hearts in V Rising is a world away from collecting lumber or gems. Like all hearts, they fall out of enemies with a circulatory system. With any such enemy there is a chance to get a Perfect Heart, but the probability is low. Killing all of them and hoping that one of them will fall out is a great way to get disappointed and quit the game earlier.

Fortunately, although “farm” can be misleading, everyone definitely has a way, at the beginning or at the end of the game, to farm Flawless Hearts. For players who are just starting to play V Rising, there is an easy way to get a pair without much risk. For those approaching the endgame, there is another method that brings home real rewards.

In no case can 100% probability of loss be guaranteed. The effect of server settings drops, and simple luck can be both good and bad. But the best way early on is to target the lowest level V Bloods and destroy them. Grab one of the best PvE weapons available, check out the Blood Altar and go hunting.

link: V Rising: how to get dark silver

Don’t get upset because you choose the lowest level of V Blood, Alpha Wolf (16) over and over again. If players only need a pair of Flawless Hearts, they can get them in a few minutes by tracking him down, killing him, and then coming back and tracking him down again. There are ideal base locations near it, so it can be a very short and profitable trip.

Of course, when a large number of Flawless Hearts are required, hunting bosses one by one and returning to the base is not the most effective way to spend time. Those who have joined the endgame can bring home a few hearts on units that are smaller than V Bloods.

Endgame players will get used to farming in Silverlight Hills. There is a large silver mine in this place. Instead of a mine, raid the city in search of Flawless Hearts. Clerics, paladins and other various patrols in the cathedral and Brighthaven Square have an increased chance of dropping flawless hearts.