Home Celebrity V reveals a preview of his new song 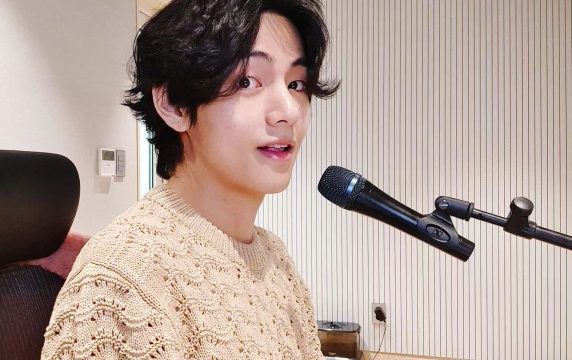 BTS member is working on tracks for the group’s next album.

The BTS vocalist shared some news for the new album the group is working on, reaffirming the comments made by the group’s leader earlier. But this idol went further, as it also showed a look at the work they are doing for this record production.

After confirming a new album that the group plans to release this year, V assured that the activities for this project have already started and, although they are still in an initial phase , everyone is doing their part so that progress is constant.

Also, Taehyung shared a bit about how they are coordinating efforts and reported that they already have some songs ready to be recorded and are continuing to work on others that still require some details.

He reported that he is working on new tunes, which we will probably hear on the group’s next album . Although it is too early to delve into the details of this musical material, V decided to show a bit of the song he has been focused on. This was done during its most recent broadcast on VLive and, taking advantage of the fact that he was in the studio, he played that composition.