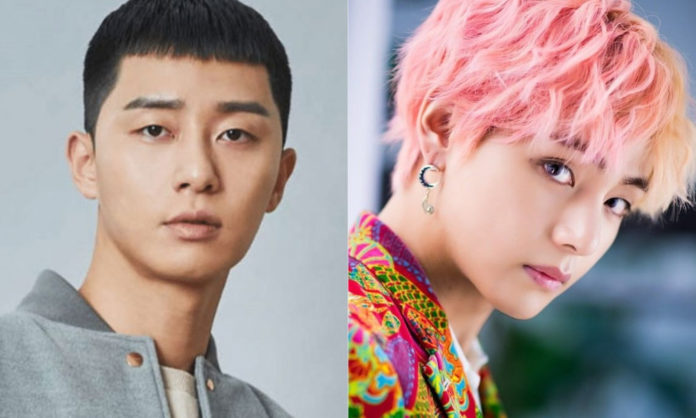 V and Park Seo Joon reunited on the set of Itaewon Class. The drama has allowed them to participate in the same production and meet again.

After BTS wrapped up promotions for their latest album, Map or the Soul: 7, V took time out during his break to visit his friend Park Seo Joon. The actor is in the final stretch of the filming for the drama Itaewon Class.

The popular drama of the JTBC channel , has given the possibility for these two celebs to unite in different ways, first Taehyung joined the OST of this story, starring Seo Joon , one of the most loved actors in Korea and worldwide, now Under other circumstances, Itaweon Class gave them another space to show how beautiful their friendship is.

V attended the JTBC set where the cast would be filming the last two chapters of the drama , so he was able to reunite with his friend through this visit and cheer him on personally while Seo Joon filmed alongside his peers.

Both Taehyung and Seo Joon have repeatedly expressed some signs of their friendship after meeting in the drama Hwarang in 2016. The recent interactions between them only confirm their closeness and the beautiful friendly relationship they have. Are you moved by the end of Itaewon Class?

Kim Kardashian under the magic of the Cardi B collection!

BTS triumphs with 4 awards at The Fact Music Awards 2020

JUSTIN TIMBERLAKE: “I apologize to my son and my wife for...

How to Play Xbox Games on Computer?

Jimin reveals a secret on his little finger

Taemin reveals the secret of his collaboration with Wendy