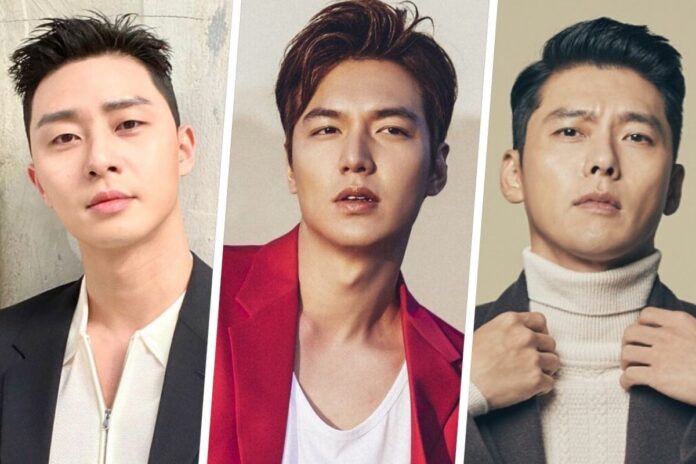 Taehyung is one of the most beloved idols by the entire audience, the BTS singer has not only performed in his work as a musician, but also stands out for his acting and modeling talent .

V was part of the cast of the popular Korean drama ‘Hwarang: The Beginning’, where he demonstrated his great acting ability with the character of Han Sung , a fun and noble ‘flower gentleman’.

A few days ago, Merlito Pabatao, a graphic designer and digital artist originally from the city of Manila in the Philippines, published a series of prototype images for NYLON KOREA magazine.

In the edited photos , several famous actors are seen such as: Lee Minho, Park Seo Joon, Nam Joo Hyuk, EXO’s Kyungsoo, Kim Myung Soo, Park Jinyoung of GOT7, Cha Eunwoo of ASTRO, Jung Hae In, V of BTS, among others .

The design of Merlito Pabatao bears the title ‘The New Normal’ and all players use the cover looks in brown, beige and white, while the details of the image are opaque orange.

Merlito has created other covers for other artists to demonstrate his work and style, recently recreated the cover of Lady Gaga’s ‘ Chromatica ‘ record material and one of BTS’ ‘Stay Gold’.

This unofficial work from NYLON Korea magazine , Merlito Pabatao was inspired by the impact of K-dramas to portray the personality of the actors who lead their fans to feel great emotions through the screen.

It was recently announced that the BTS guys will be performing at iHeartRadio Music Festival 2020, the important concert will be broadcast via the Internet and can be tuned through an app.