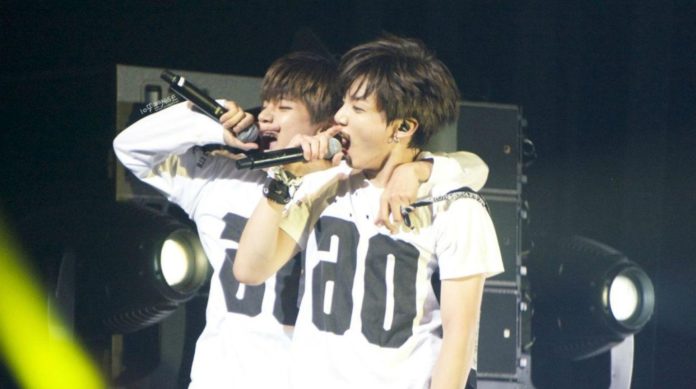 BTS has come so far thanks to the talent of the boys and especially to the good relationship that exists between them, the friendship and brotherhood that the group has allowed them to live the dream of success as a whole.

ARMY loves to see the love that exists between everyone and sometimes some fans tend to joke and enjoy the famous ships that exist, one of them is the TaeKook , who have a part of the fandom sighing for this bromance.

Through Weverse , a fan wanted to interact with Jungkook and asked what he was doing at the time, but to the surprise of the Taekukas calls , V was the one who answered instead and has everyone sighing for the beautiful friendship they have.

Taehyung told ARMY that Kookie was sleeping beside him . Awwwww! His tender response caused fans who like joking between Jungkook and V to collapse .

As if that were not enough, in South Korea there is only 1 day left until January 26 and V’s response excited them, because they believe that the boys could give them some selfie to commemorate the famous Taekook day , some believe that it is a species tradition for them to celebrate the brotherhood they have.

Jason Derulo releases the first part of the album “2Sides”