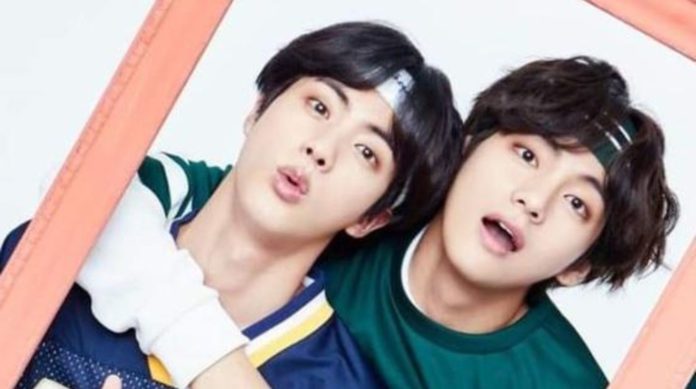 The friendship and chemistry between these two members leaves fans very excited. BTS guys take time to have fun and spend together enjoying themselves.

During a BANGTAN BOM uploaded on the YouTube channel BANGTANTV, RM, Jin and V are after dressing rooms preparing for a presentation, while eating a rich ice cream on the cob, RM begins to sing and Jin, the BTS Hyung followed him, without Stop eating your dessert.

V is not far behind and shows his skills to sing duet with Jin, with great talent teaches excited attendees that his way of playing is unique, RM tells him that the note he released was great.

In this video shared so that fans know a little more behind the scenes at BTS, you can see that Jin and V form a great singing couple, their voices contrast a lot, but they also sound great together.

Many fans left their comments saying that they expect V and Jin to make a song together, because they see the chemistry and passion they have for singing, other fans say that Namjoon could not stop eating his ice cream and that he looked adorable.

The video so far has more than one million views and more than 432 thousand likes.

The new Firefox for Android comes fast and personalized

Types of Bacteria That Could Be a Tip for Life on...

Billie Eilish to RELEASE new song, “Therefore I Am”