Home Celebrity V and Jimin will demonstrate their friendship with ‘Friends’, the new BTS... 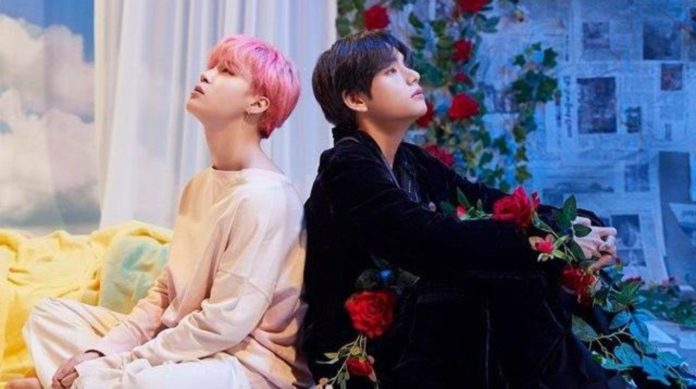 V and Jimin will demonstrate their friendship with ‘Friends’, the new BTS song. The idols will join in a very emotional interpretation.

With Map of the Soul: 7 a few hours after being released, we have more and more details about this record material. Previously, the group unveiled the tracklist that will include their next album, some of those pieces we already know by suitable releases. That is why unknown songs are just those that have stolen the attention of fans , giving way to theories and assumptions.

According to a statement, this new album will feature solo songs by some members, as well as others performed by sub units and one of them is generating a stir among its followers.

This is ‘Friends’ , which will be played by Taehyung and Jimin . V had already talked about this song with the fans, however, apparently it would not be released. Fortunately, we now know that in addition to being part of this new album, it will give way to an interpretation full of feelings on the part of both due to the story behind the lyrics.

‘Friends’ is a song that V wrote inspired by the friendship that he and Jimin have, in addition it has been commented that Jimin produced this piece, so we are already anticipating the beautiful result of this union, whose lyrics will probably be sentimental to more than one. Can you imagine having such a song with your best friend?

ARMY’s expectations are growing at every moment and we know that the BTS boys album will not disappoint them. A few hours after the launch of this material, around the world the emotion has already been manifested in anticipation of this comeback.