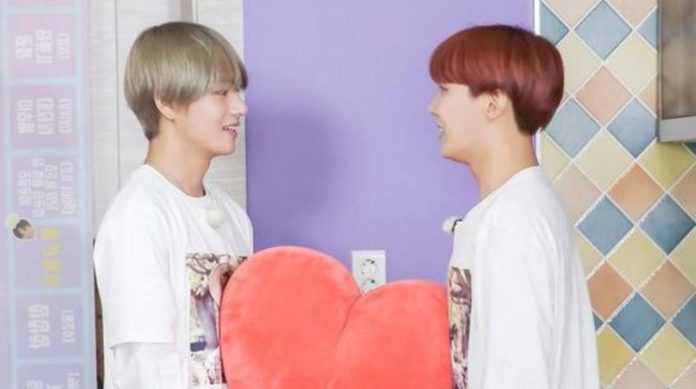 Although the performance seemed perfect, the BTS boys had a setback during their show on ‘The Late Late Show’. BTS first presented ‘ Black Swan ‘, last night on the James Corden show .

‘ Map of the Soul 7 ‘ is about to go out and BTS was presented by its show on the stage of ‘ The Late Late Show ‘, the idols know very professional, although the scene was medium, no shortage of incidents.

Not sure but this could be when our little winter bear gave our hobi a COOL FLYING KICK during #BlackSwan …@BTS_twt #JHOPE #V #TAEHYUNG pic.twitter.com/tXUAOR5Egv

The scenery was black, it was adorned with blue lights that made the boys with a dark touch, were barefoot for their performance . The choreography of ‘ Black Swan ‘ is very dynamic and in one of those turns J-Hope suffered a mishap .

During a step in which the boys are on the ground, after making a turn to join, V gives you a kick to J-Hope , who is behind it. By the lights he did not distinguish well, but after his presentation the boys made a VLive , where Hobi and Tae talked a little about their accident .

V did not know that he had hit his partner, until J-Hope talked to fans about what had happened, but he said he did not care because the show was the main thing. Hobi confided to the camera: “If you pay attention to the video , you see how they kick me during the choreography.” Tae looked embarrassed and started laughing.

Did you notice the accident ? Here is the video :

New trailer, DeLuca in danger and Meredith on the beach