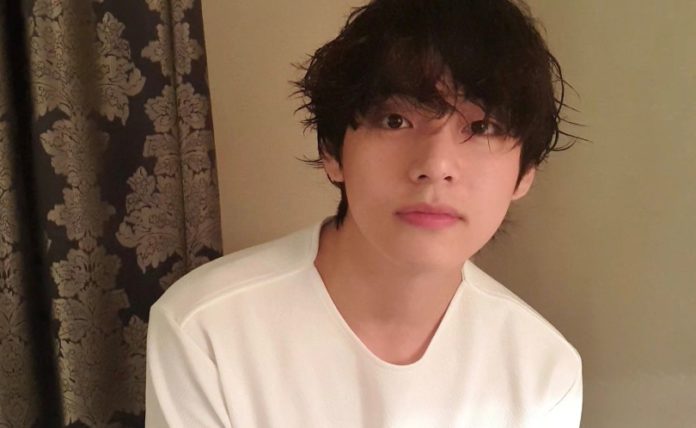 Fans did not hesitate to share their photos inspired by the singer. V is very active, sharing with fans .

Every time any of the members of BTS publish a selfie it becomes a whole secess that fans treasure a lot, because due to their busy schedule or multiple activities the time is very short, but they know how happy they can make them just by updating on Twitter or Weverse .

There are some likes when taking photos that the fans have been able to notice little by little in the members of the group, but V , is passionate about the approaches to his face, also, the symbol of victory that he performs with his hand and later place it on his eye, put his hand on his pile, are some of the characteristics of the idol in his selcas.

In Weverse , V updated with some photos that have left the fandom speechless, the singer appears very relaxed, but a sun is seen on his nose, in the description, in addition to wishing fans good morning, Tae said that: ‘I heard that it is a tendency to put the sun on your nose, although it is the first time that I hear this. ‘

The fans did not doubt the ask, ‘Where you saw the sun in the nose is a trend?’, So the member BTS not hesitate to constesar, ‘just made it up’. The questions continued, but now about his appearance, since many followers had the doubt if V had shaved, his response was very nice, because he said: ‘This concept is natural’.

And with an original style, Tae took over the trends with # SunForV , as fans began to publish his selfie with the sun on his nose, to show the singer that he imposed fashion, thousands of publications were shared, making it clear that ARMY is a very creative fandom, just like Taehyung .

The BTS guys recently celebrated a year of the release of their sixth album, ‘ Map of the Soul: Persona’ , a record material that managed to reaffirm the popularity and talent of the Big Hit Entertainment guys .