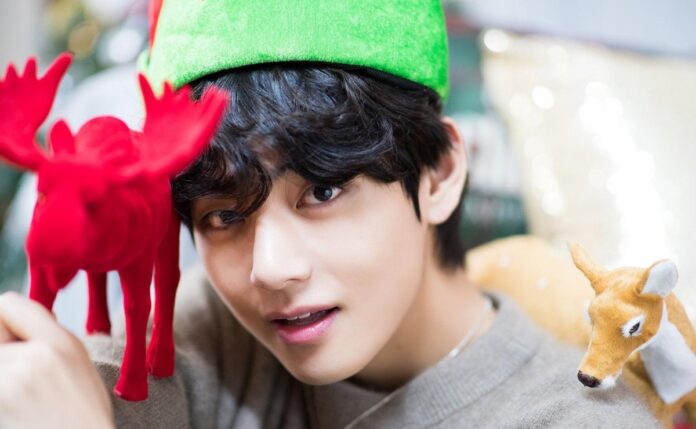 The BTS member surprised his fans with the song Snow Flower, V collaborated with Peakboy, both expressed their Christmas feelings and made Internet users fall in love.

Kim Taehyung is one of the Bangtan Boys members who has the most connection with his fans, the idol decided to accompany ARMY throughout the Christmas holidays with the new song ‘Snow Flower’.

Through the YouTube channel BANGTANTV, they published the official audio of ‘Snow Flower’ accompanied by an animated photograph where a character covered a purple flower with an umbrella in the middle of a landscape full of snow.

The BTS member and Peakboy wrote, produced, and supervised the creation of ‘Snow Flower,’ their creativity helping them try out various classic December sounds like little bells. An excerpt from ‘Snow Flower’ reads:

Christmas without you wouldn’t be Christmas at all, bright mistletoes above us, it’s just you and me. Did you see the snow? It’s like your eyes. Do you believe in Santa Claus? You make me want to be a better man.

Company idol Big Hit Entertainment accompanied ‘Snow Flower’ with a heartfelt letter, the real reason he shared a new song is because the premiere of his mixtape was delayed and he felt it was a good idea to give something away this season.

Taehyung commented that the year had difficult, sad and dark moments for everyone and invited his followers to find comfort and live a little happiness with his latest track with a holiday theme:

At least for today, I hope the white flowers can land in your heart

The ‘Winter Bear’ singer thanked the fandom for their support, affection and understanding, thanked Peakboy for being his friend and for collaborating on the song. Finally, V wished ARMY Happy Holidays.

Justin Bieber: Hailey Baldwin is on vacation in Hawaii!