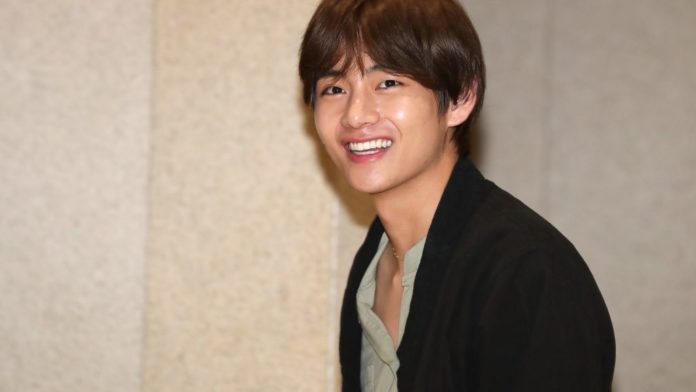 ARMY makes a request to BigHit after noticing the mistake they made with Taehyung.

Despite postponing its 2020 tour, BTS has for sale the official Map of the soul merchandise, which consists of various products such as sweatshirts, bracelets, pins, hats, posters, among others.

However, BigHit has been the target of fandom criticism for the serious mistake he made in two of the garments in which Taehyung does not appear . We tell you the details.

With the hashtag #RespectV, on social networks fans have reported that V’s signature was excluded from the group’s merch . The phrase “Map of the soul” appears on a sweatshirt and shirt , which was written by each of the members, but the letter of V does not appear.

The products do appear for sale despite the error, so ARMY makes a request to the BTS agency , not to withdraw the products, but to demand respect for V as a member of the group, since it is not the first time that happens.

The fandom has organized to create a trend on Twitter, in addition to making a formal complaint so that BigHit can take the necessary measures and give it its rightful place.

Fans have shared various photos of the incidents that V has suffered due to the negligence and possible irresponsibility of the company, some cases in which V has been excluded are at the Seasons Greetings of 2019, there was an error with some notebooks, nor did he attend Jungkook’s graduation and despite being in the middle of the Wings tour, he had to conduct the Inkigayo concert.

When did BLACKPINK debut in Japan? His discography in the Japanese...